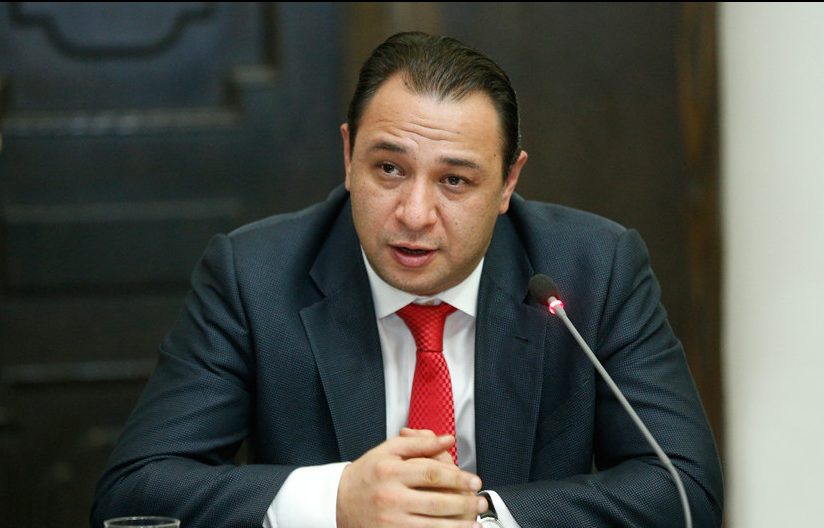 YEREVAN—A week after Ara Vardanyan, the executive director of the Hayastan All-Armenia Fund was detained and charged with misappropriation of funds, he submitted his resignation, which President Armen Sarkissian has accepted.

Armenia’s National Security Service, last week, announced that Vardanyan had used the fund’s credit card for online gambling purposes. He told the NSS that he then used donor money to cover the credit card debt and returned all monies to the fund through a personal cash infusion.

According to the NSS, during the last week alone, Vardanyan used nearly 14 million drams ($29,000) from the Hayastan Fund credit card for online gambling. From 2016 to 2018 Vardanyan has reportedly misappropriated approximately 130 million drams (around $270,000) for personal use.

Vardanyan was released after posting 1 million drams in bail. However, according to sources in Yerevan, he returned to the Hayastan All-Armenia Fund offices and had access to all records until submitting his resignation Monday.

The news of Vardanyan’s arrest and the revelations about mishandling of funds sent shock waves across Armenia and the Diaspora.

The Armenia Fund, the Western United States affiliate of the Hayastan Fund, on Thursday issued an announcement in response to revelations emanating from Vardanyan’s arrest.

“All of us are deeply saddened by the arrest of Ara Vardanyan, the Executive Director of the Yerevan-based Hayastan All-Armenian Fund, on allegations of abuse of authority by misusing the organization’s credit card for personal purposes, including online gaming. However, as it appears now, no donor funds have been affected and the misused funds have been fully recovered,” said the Armenia Fund announcement.

“While it is unfortunate that Mr. Vardanyan abused his authority, his misdeed should, in no way, reflect on the hard-working and law-abiding employees of the organization, its worldwide partners, including Armenia Fund in the United States, the generous donors worldwide, the contractors employed in Armenia and Artsakh and the countless volunteers. We will await the findings of the investigation,” added the Armenia Fund announcement.

Armenia’s presidential press service reported on Monday that President Sarkissian, as chairman of the Board of Trustees of the Hayastan All-Armenia Fund, has taken Vardanyan’s resignation into consideration and he will submit the letter to the remaining board members for approval, after which a special commission will be set up to organize the election of a new executive director.

The presidential press service said that “President Sarkissian believes that since the birth of the third Republic the Fund has implemented important and useful programs by uniting national and spiritual structures, philanthropists and hundreds of thousands of individuals. Therefore, the Fund has still a mission to conduct in the life of Armenia, Artsakh and Diaspora.”

“However, it’s also clear that the Fund needs new organizational and conceptual approaches which will further increase its efficiency, trust and share,” said the presidential press office. “And it’s not in vain that the President of the Republic during the May 25, 2018 meeting of the Board of Trustees gave three months to present proposals for the Fund’s rooted reforms.”