Erdogan Says Deporting Armenians Was ‘Appropriate’ at the Time 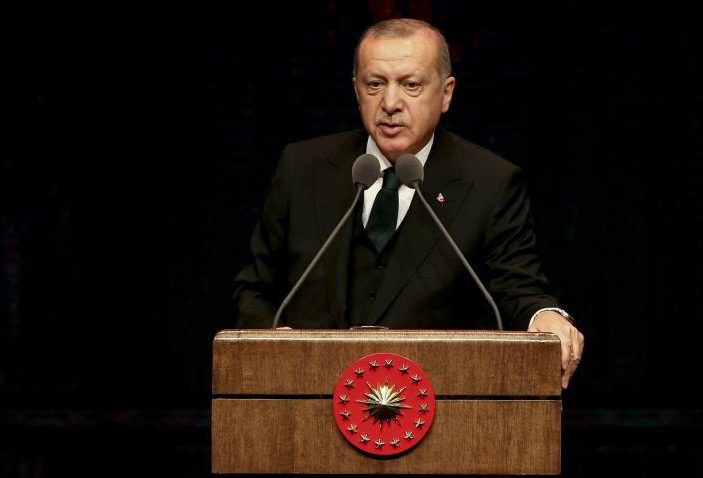 (Bloomberg)- Turkish President Recep Tayyip Erdogan said the deportation of Armenians by the Ottoman Empire in the early 20th century was “reasonable” at the time.

Erdogan made the comment Wednesday at a symposium where he slammed France for marking the Ottoman campaign against the Armenians as a genocide.

“The relocation of the Armenian gangs and their supporters, who massacred the Muslim people, including women and children, in eastern Anatolia, was the most reasonable action that could be taken in such a period,” Erdogan said in a Twitter post in English. “We see that those who attempt to lecture us on human rights over the Armenian issue themselves have a bloody past,” he added, accusing the French of committing genocide in Africa.

Armenians say 1.5 million ethnic Armenians were killed from 1915 to 1923 in a deliberate campaign of genocide in Anatolia, the heartland of present-day Turkey. Ankara maintains the deaths occurred in clashes with Ottoman forces after Armenian groups sided with an invading Russian army. The conflicting narratives lie at the core of tensions between Armenia and Turkey, which have no diplomatic ties and face each other across a closed border.

Armenia marks April 24 as Armenian Genocide Remembrance Day, and earlier this year, France said it would do the same. President Donald Trump confined himself to using the Armenian name for the slaughter, Meds Yeghern, and paid tribute to “the memory of those who suffered in one of the worst mass atrocities of the 20th century.”

The Armenian population in Turkey today numbers in the tens of thousands.

“I remember with respect Ottoman Armenians who lost their lives under difficult conditions of World War I,” Erdogan said in a message to the dwindling ethnic Armenian community in Turkey.