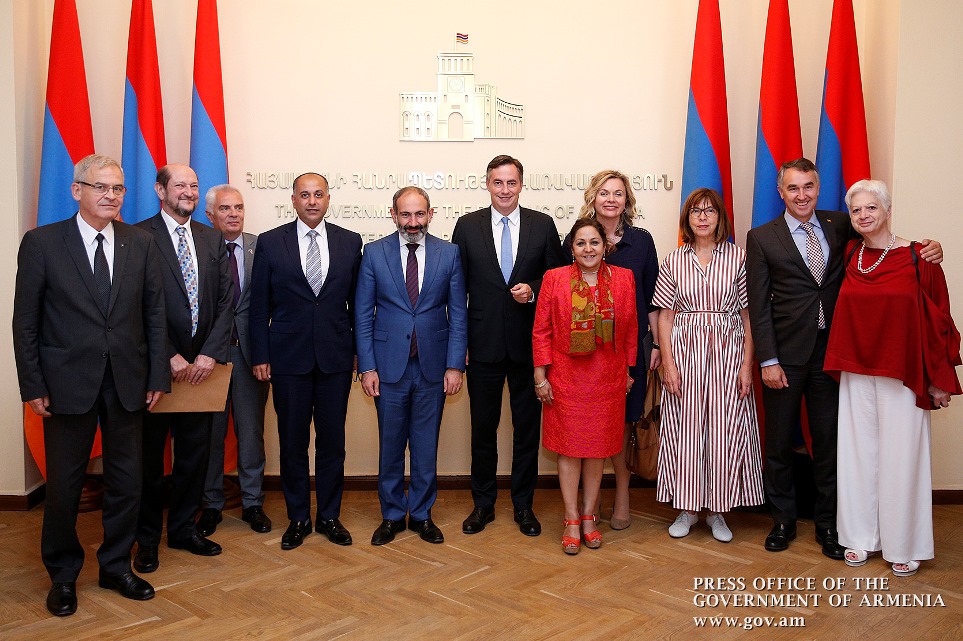 (Azatytyun)- The European Union stands ready to help Armenia’s new government implement sweeping reforms promised by it, a senior member of the European Parliament said after visiting Yerevan on Monday.

David McAllister, the chairman of the EU legislature’s Committee on Foreign Affairs, headed a multi-partisan delegation of EU lawmakers who met with Prime Minister Pashinian, other senior Armenian officials and civil society representatives during the visit.

“This is a key moment for Armenia,” McAllister said in a statement. “To strengthen its democracy, to deepen its relations with the EU and to make long-lasting peace.”

“Armenia’s citizens want this, Armenia’s leaders have committed to this and the European Union will be there to help every step of the way,” he added.

Pashinian reportedly briefed McAllister and either European Parliament members on his government’s stated efforts to combat corruption, break up economic monopolies hampering faster growth and democratize Armenia’s political system. “The purpose of our actions is to bring about real changes in the country,” he was quoted by his press office as saying.

The Armenian premier said last week that he will visit Brussels to meet top EU officials later this month.

The EU closely monitored the political crisis in Armenia sparked by former President Serzh Sarkisian’s attempt to hold on to power after serving out his second presidential term on April 9. It repeatedly urged Armenian political factions to end the standoff through dialogue.

Donald Tusk, president of the European Council, and Jean-Claude Juncker, the European Commission president, sent a congratulatory letter to Nikol Pashinian, the main organizer of massive anti-Sarkisian protests, two days after he was elected prime minister on May 8.

“We look forward to cooperating with you in your new position to further strengthen the relations between the European Union and Armenia, particularly through the implementation of the EU-Armenia Comprehensive and Enhanced Partnership Agreement (CEPA),” Tusk and Juncker wrote.

The CEPA was signed by the former Armenian government last November. It calls for political and economic reforms in Armenia. It also commits Yerevan to gradually “approximating” Armenian economic laws and regulations to those of the EU.

Pashinian called for a quick ratification of the CEPA by all EU member states when the Armenian parliament elected him prime minister.

McAllister said the European Parliament will vote on the 350-page agreement on July 4. The CEPA’s ratification and implementation will help Armenia attract more EU investment and boost its trade with the EU, added the German lawmaker.

Newlywed tourist couple get visas to spend honeymoon in Artsakh