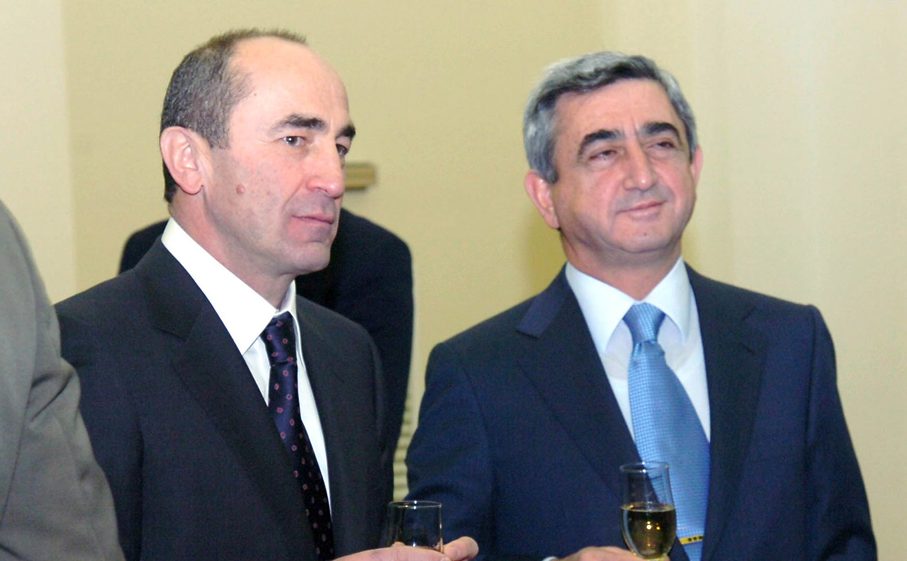 The Gyumri municipality bestowed the title on Kocharian in 2002 when he was president of the country. It cited his contribution to the reconstruction of the city devastated by a 1988 earthquake.

The reconstruction was mainly financed by Armenian-American philanthropist Kirk Kerkorian. Hundreds of new apartments were built in Gyumri and provided to local families free of charge in the early 2000s.

Sarkisian became an honorary citizen of Gyumri in 2006. He was Armenia’s defense minister at the time.

The motion to revoke Sarkisian’s and Kocharian’s titles was put by the Gyumri-based Gala political alliance which was in opposition to Armenia’s former government. Gala said that neither ex-president deserved to receive such an honor in the first place.

The council backed the motion. Its largest faction is led by Mayor Samvel Balasanian, who has for years been allied to Sarkisian’s Republican Party of Armenia (HHK).

The Gyumri council also stripped Sarkisian’s brother Levon of the same title. The latter had received it as the founder of a charity that organized cultural events in the city. A local councilor representing Gala argued that participants were charged for being able to take part in those festivals.

Newlywed tourist couple get visas to spend honeymoon in Artsakh