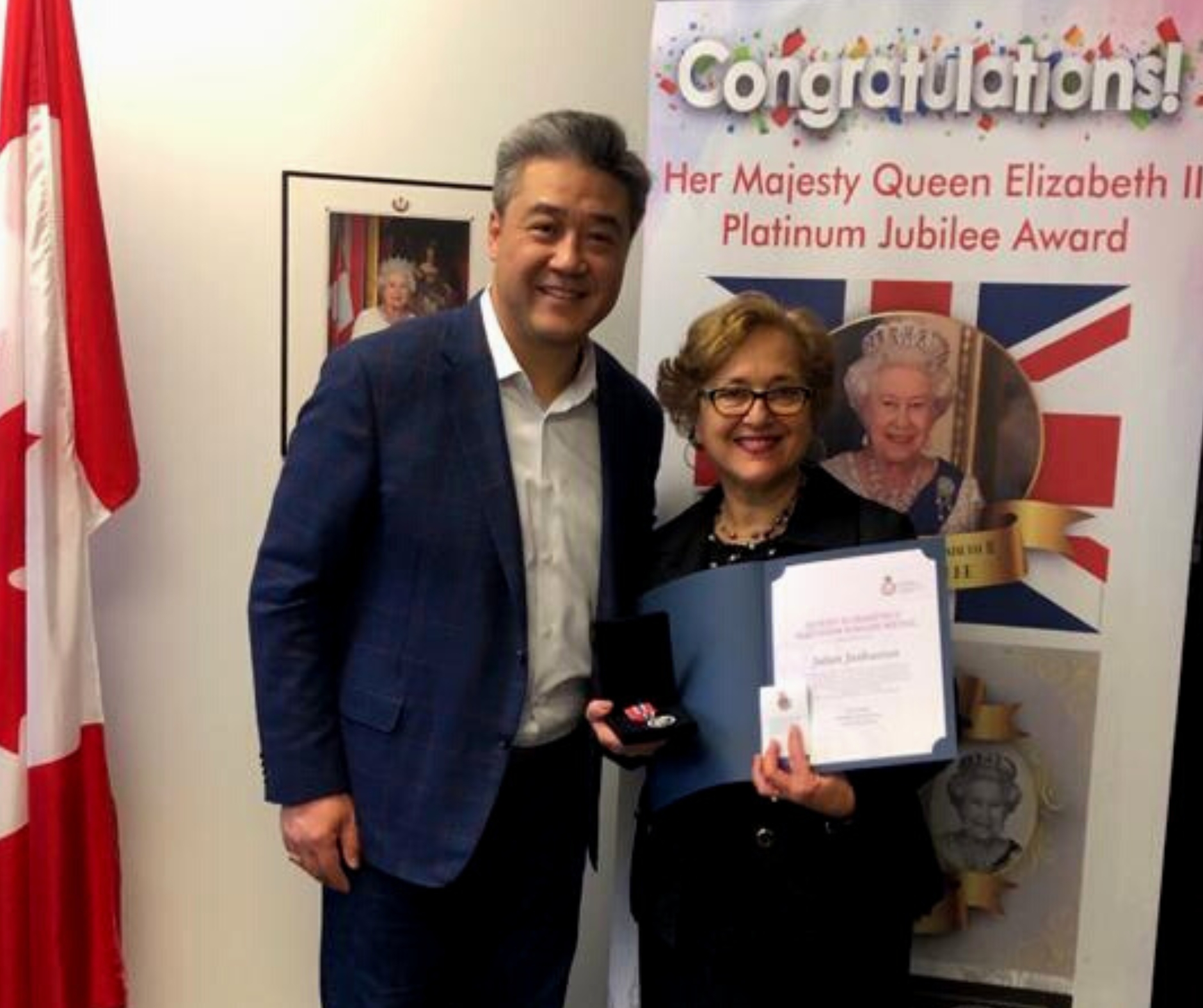 Juliet Janbazian was awarded the Queen Elizabeth II Platinum Jubilee Medal for her years of dedicated service to the Armenian community of Toronto. Han Dong, Member of Parliament (MP) for Don Valley North presented the medal to Janbazian in an intimate ceremony on Nov. 25.

“For the past 40 years, Juliet has been a dedicated volunteer working to make our community a better place,” said former city councillor for Ward 33 and member of the medal selection panel Jonathan Tsao. “Because of her selfless dedication to others, she has made a profound impact on the lives of countless individuals in our community and is a true role model for the next generation. Juliet exemplifies the dedication to service and community that this award stands for,” Tsao added.

Janbazian, who was born in Istanbul and grew up in Toronto, has been a longtime volunteer in several organizations and institutions within the Armenian community of Toronto. Most notably, she has served on the Board of Directors of the ARS Armenian Private School and the ARS Summer Camp for the past four decades. She is a longtime member of the Armenian Relief Society (ARS) Roubina chapter, the Hamazkayin Klatsor chapter, and the St. Mary Armenian Apostolic Church of Toronto.

The Platinum Jubilee Medal program has continued as planned despite the death of Her Majesty Queen Elizabeth II and will conclude on Feb. 5, 2023.

“For 70 years, Her Majesty Queen Elizabeth led a life dedicated to service. To celebrate the Platinum Jubilee and honour the memory of our late Queen, I’ve initiated this commemorative medal to recognize outstanding individuals who have made significant contributions to our community,” MP Dong said in his remarks at a small gathering in his constituency office. A larger award ceremony for medal recipients was held in August, but Janbazian was out of the country and could not attend.