Los Angeles: 100,000 March in Support of Armenia in Conflict With Azerbaijan and Turkey 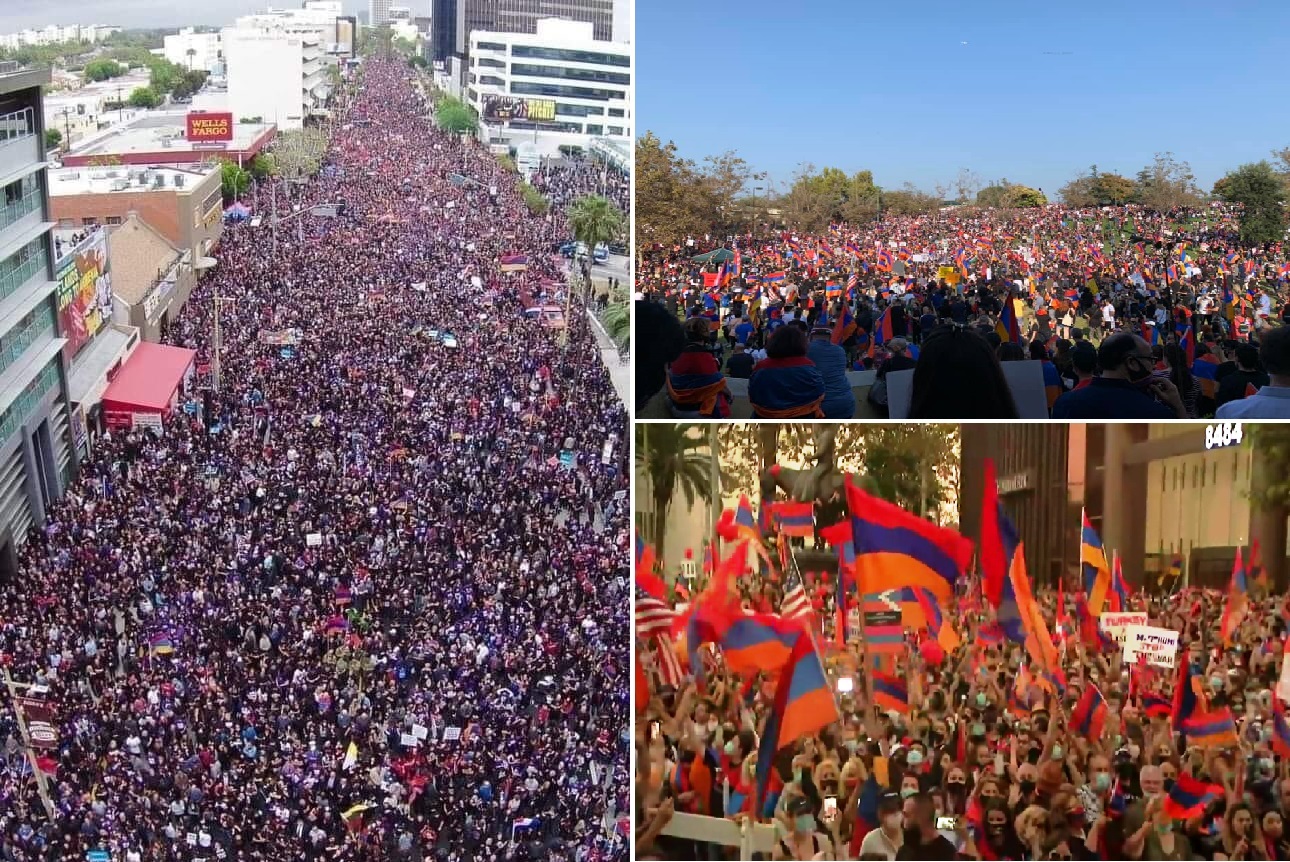 TORONTOHYE- An estimated 100,000 crowd in Los Angeles marched on Sunday through Beverly Hills in support of Armenia in its conflict with Azerbaijan and Turkey over the disputed Nagorno-Karabakh region.

“Artsakh Under Attack: March for Victory” began around 3:30 p.m. at Pan Pacific Park and headed to the Turkish Consulate on Wilshire Blvd.

LA Mayor Eric Garcetti issued a statement on Twitter in support of a ceasefire, mediated by the Russian government that did not hold even for a few minutes after coming into effect.

“We stand with our brothers and sisters in Armenia and Artsakh and the diaspora in L.A.,” Garcetti said. “We welcome the ceasefire and it must be respected. We need our national leadership to step up and help bring peace to the region. Turkey must disengage.” wrote Garcetti.