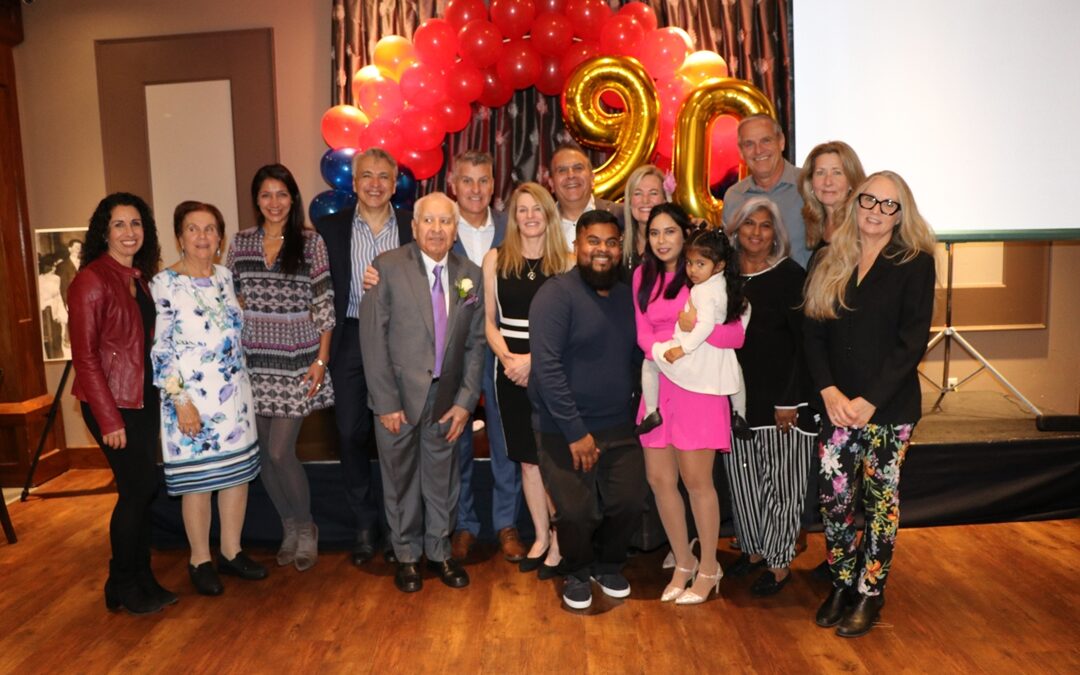 On Nov. 27, 158 of Antibas (Andy) Loussarian’s closest friends and family came together to celebrate his 90th birthday in Toronto. A founding member of the Armenian Missionary Association of Canada (AMAC), Loussarian is a pillar of the Armenian Evangelical Church of Toronto, where he has served for over five decades.

In honor of their father’s passion for missions and his unfading appreciation of the Armenian Missionary Association of America’s (AMAA) scholarship that enabled him to attend school, Loussarian’s family announced the establishment of the AMAA Andy and Betty Loussarian Endowment Fund at the gathering.

According to a statement published by the AMAC, the Fund’s proceeds will help pay the university tuition of deserving students, send needy children to summer camp, and provide vulnerable children with the life-changing services of AMAA Armenia’s educational Shogh centers as per Loussarian’s wishes. The AMAA Shogh Centers in Yerevan, Gyumri, Stepanavan, and Vanadzor in Armenia, and Askeran and Shushi (currently operates in Stepanakert) in Artsakh, are after-school educational programs serving nearly 290 children, from ages six to 12. The Loussarian family generously provided the Fund’s $100,000 seed money and asked friends and relatives to donate to it in lieu of birthday gifts.

At the gathering at Toronto’s Lara’ Restaurant, AMAA’s in Canada representative Harout Nercessian congratulated Loussarian on behalf of AMAA Executive Director Zaven Khanjian. He then shared images and stories of Loussarian’s favorite AMAA programs, highlighting their life-changing impact on children and youth in Armenia and Artsakh. The Board of Directors and members of the Armenian Missionary Association of Canada (AMAC), along with its President, Raffi Shnorhokian, also congratulated Andy Loussarian on achieving nine decades of a faith-filled and kindness-radiating life.

Perhaps the most passionate testimony came from Loussarian’s daughter-in-law Jody who could not hold back her tears as she remembered the day Antibas provided her with the shelter she desperately needed. Her tears of joy praised God for “Papa” who led this “insecure” teenager to Christ and set her on a path to the fulfilling life she now enjoys. Sons Paul and Ed also failed at holding back their emotions as they told of their unforgettable childhood experiences with their father.

“The Andy and Betty Loussarian Endowment Fund will continue to serve and bless needy children on behalf of the ‘birthday boy’ long into the future. The AMAC wishes Andy and his wife Betty God’s continued blessings of peace, joy, and health,” the AMAC said in a statement, adding that plan’s for Loussarian’s centennial birthday are well underway.