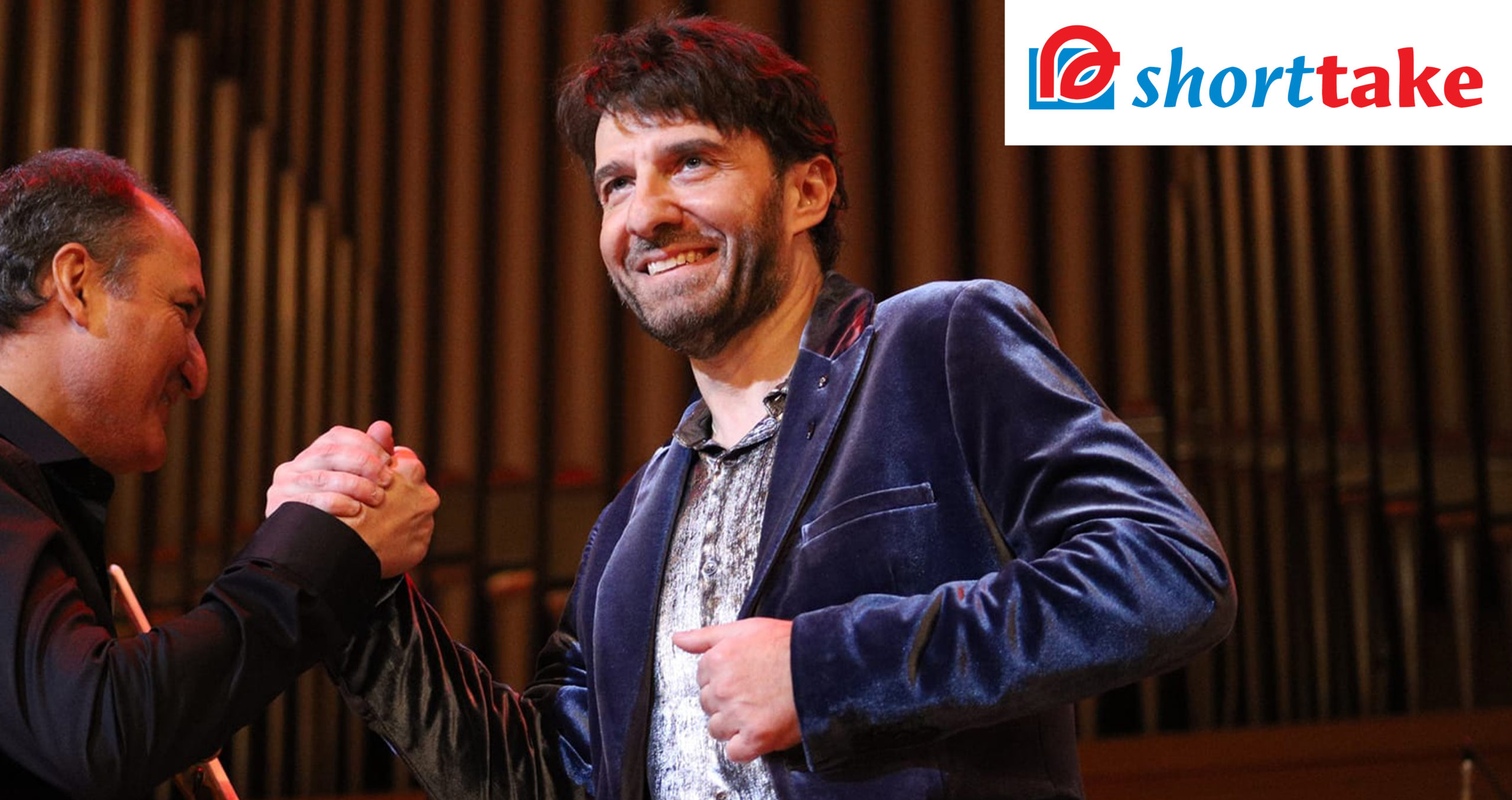 The multitalented Toronto-Armenian Serouj Kradjian’s return to the Yerevan stage was 16 years in the making—but most in attendance on Dec. 11 will surely say it was worth the wait. Kradjian and a group of local musicians (Rey De Reyes Tigran, Flamenco guitar; Aram Asatryan, violin; Yeva Gevorgyan, double bass; and Aram Galstyan; percussion/trumpet) wowed the sold-out crowd at the historic Aram Khachaturian concert hall last Sunday with a near-two-hour show—an eclectic set of original compositions and new takes on classics from around the world.

The show, entitled «Սէր եւ ուժ» (“Love and Strength”), was initially slated for September but postponed due to Azerbaijan’s unprovoked attack on Armenia. It opened on a high note with the magnificently strange “Dancing with Madness” and kept up the energy with songs of various genres—including Flamenco, Tango, and new takes on Armenian compositions—that followed.

Throughout the night, the Grammy-nominated and Juno-winning pianist and composer had several heartfelt (and sometimes playful) engagements with the crowd; he told the audience about everything from getting his start on the family piano in the middle of the Lebanese Civil War to finding strength over the past two years in the people of Armenia and Artsakh. During the show, Kradjian debuted an original composition dedicated to his friend, fellow Toronto-Armenian Kristapor Artin and all the fallen heroes of the 2020 Artsakh War. The emotionally charged “Loss and Resilience” («Կորուստ եւ պայքար») was raw and full of passion.

Other highlights included two popular Charles Aznavour songs, a guest performance by Adana Project’s Mane Tonoyan on a Robert Amirkhanian classic (see video below), and Kradjian’s take on “what it would sound like if Vivaldi ate ghapama.”

After so much time away from the Yerevan stage, Kradjian was definitely missed. Luckily, he and his accompanying musicians rose to the occasion. The audience’s thunderous applause following their last song (which prompted two encore performances) was a message to Kradjian: “Don’t let another 16 years go by before you return!”

We’re glad to hear that Kradjian plans to tour the show soon, and we’re sure his hometown Toronto will be one of the stops. Stay tuned.