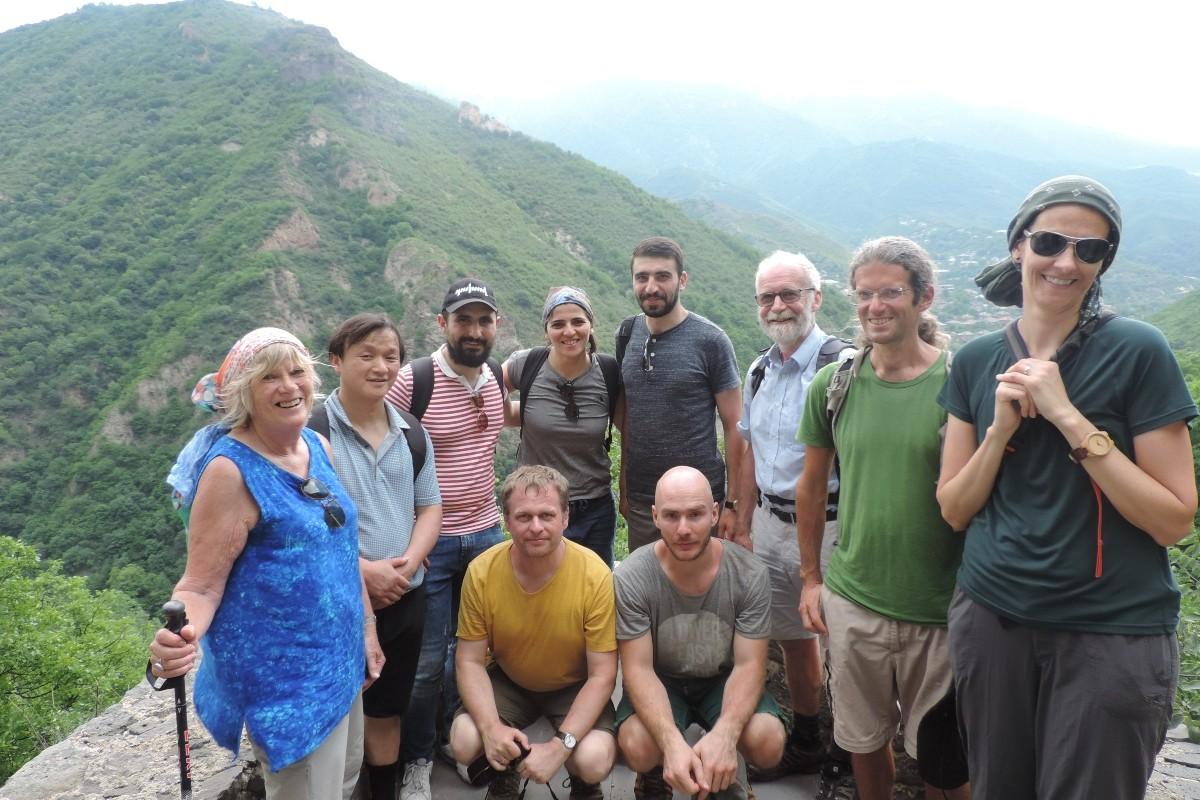 “Hetq”,- From June 1-7, 2019, twenty-seven researchers gathered in Armenia for The First Armenian Workshop on Graphs, Combinatorics and Probability. The purpose of the workshop was to collaborate on solving open problems in mathematics, in particular, in the area of combinatorics and graph theory.

The workshop took place at the Tufenkian Avan Dzoraket Hotel in the region of Lori. The researchers – mathematicians and computer scientists from various universities including Oxford, Cambridge, Sorbonne and London School of Economics – travelled to Dzoraket from the USA, Australia, UK, Canada, France, Spain, Germany, Belgium and Armenia. Attendees brought with them a few of their favourite open problems that they presented on the first day of the workshop. The remainder of the week was spent on working together to solve the presented problems. By the end of the workshop, the researchers had developed key insights and arguments that would lead to the partial or complete solution to these problems. The results will eventually be submitted for publication in academic journals.

The invitation-only workshop organizers made efforts to include participants from Armenia. Through a merit-based selection process, the organizers invited two graduate students from Yerevan State University to take part in the week-long workshop. This was made possible due to the contributions of the foreign participants, who raised funds to support this endeavour.

“It was a wonderful workshop with a great cross-section of researchers from combinatorics, probability and mathematical machine learning,” said Professor Louigi Addario-Berry from McGill University. “For me personally, it was quite a success. My group made progress on the topic I brought to the meeting. The small scale made it easy to find time to work with a range of different researchers, some of whom I met for the first time. I particularly enjoyed working with Aram Gharibyan and Armen Davtyan, who proposed some interesting and clever new ideas in the course of our discussions.” Of Armenia, he continued, “The setting is one of the most spectacular places I’ve ever visited – it was a real treat to be able to come here for professional reasons. I’m sure the subsequent workshops in this series will be equally successful.”

The First Armenian Workshop on Graphs, Combinatorics and Probability was organized by: Bruce Reed – Professor at McGill University and a Fellow of The Royal Society of Canada Liana Yepremyan – Postdoctoral Researcher at the University of Oxford, former graduate of Yerevan State University and McGill University. Perouz Taslakian – Applied Research Scientist at Element AI, formerly Professor, Chair of Computational Sciences Program at the American University of Armenia.