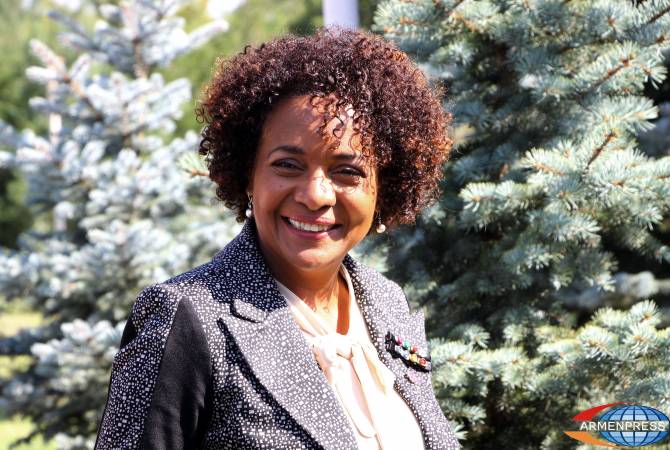 Jean visited the Tsitsernakaberd Memorial in Yerevan on September 11 to pay tribute to the memory of the victims of the Armenian Genocide.

She told ARMENPRESS that her visit to the Armenian Genocide Memorial symbolizes the remembrance of the entire Francophone family.

“Living Together: this is the motto under which the La Francophonie summit will be held in Yerevan. Leaders of Francophone family member countries will participate in the summit,” she said, thanking Armenia for choosing such a slogan.

After the visit to Tsitsernakaber, Jean shared her impressions by quoting Nobel Prize laureate, French poet Anatole France: The little blood that is left is precious blood that will give birth to a heroic generation. A nation that does not want to die, does not die.”

This is the second visit of Michaelle Jean to Armenia, the first being in 2015, when the country hosted the Francophonie permanent council and ministerial council sittings.

In 2015, she planted a fir tree in the Armenian Genocide memorial’s park, which she watered during this visit.