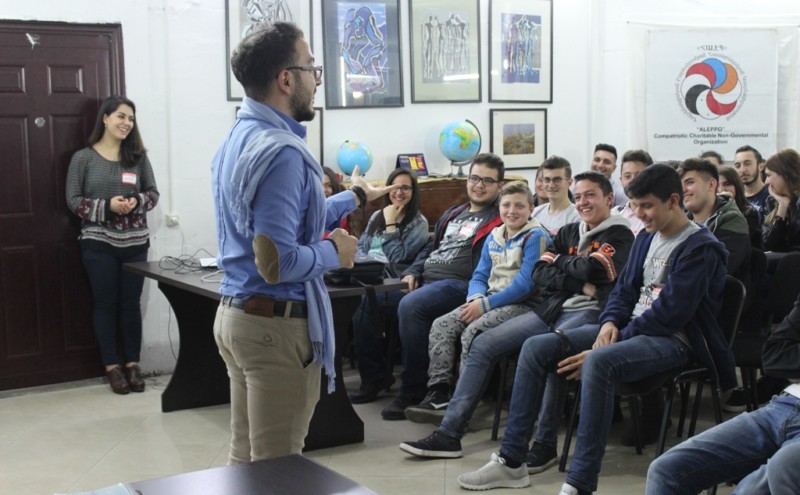 “There have been many Syrian-Armenian youth projects implemented over the years in Armenia”, said Sarkis Balkhian, executive director of Aleppo-NGO, during his opening remarks. “But this one is unique because the youth has an opportunity to choose the specific training programs, seminars, conferences, and activities they are most interested in and have the need for”.

Rubina Devrikyan, a representative of WCC Armenian Round Table Foundation, introduced the goals of the project and added that “Better Future for Syrian-Armenian Youth” will not only include trainings and seminars but also small scholarships, pilgrimages and camps for Syrian-Armenian students, fellows, and interns in need. Moreover, they will also have an opportunity to have joint activities with local Armenian youth to facilitate integration.

After a group of experts presented over fifteen training and capacity building program opportunities to the youth, more than 60 Syrian-Armenian high school and university students as well as young professionals cast their votes to choose the top five activities and training programs they wish to partake in.