Putin Calls For ‘Constructive Dialogue’, While Protests Continue In Armenia 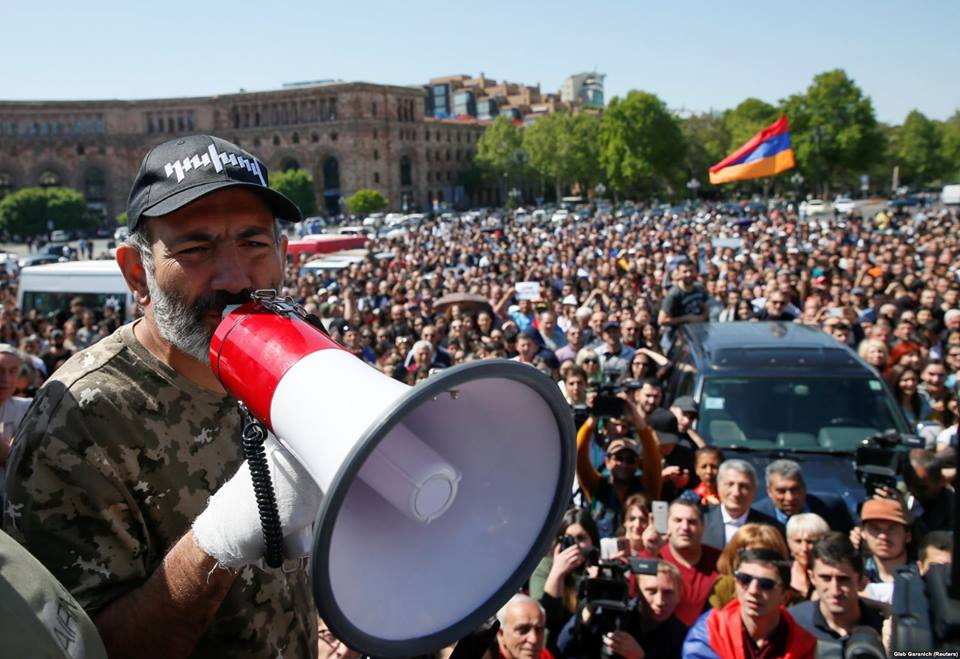 A statement by the Kremlin said the two men stressed that “for quickly overcoming the internal crisis all political forces in the country need to display restraint and readiness to solve existing problems through a constructive dialogue.” The dialogue should take place within “the strict constitutional framework,” it said.

Earlier in the day, Putin’s press secretary, Dmitry Peskov, again commented cautiously on the crisis that led to the resignation of Prime Minister Serzh Sarkisian on Monday. “We still reckon that that this is an internal affair [of Armenia] and hope that our Armenian friends will manage to settle this situation and reach … a consensus-based solution very soon,” he said.

“We are continuing to monitor this situation very closely,” Peskov added, according to Russian news agencies.

The Kremlin, which frequently accuses the West of fomenting “color revolutions” in ex-Soviet states, thus stopped short of backing Sarkisian. It has made no public statements in support of Armenia’s acting Prime Minister Karen Karapetian. The latter is a former top executive of Armenian and Russian subsidiaries of the Gazprom energy giant. A driver and a policeman argue with students blocking an intersection in the center of Yerevan on April 25.

Nikol Pashinian, the opposition leader who has organized the massive protests, dismissed late on Wednesday speculation that the Kremlin would like Karapetian to stay in power. Pashinian said he met earlier in the day with “official representatives of Moscow” and they assured him that “Russia is not interfering in Armenia’s internal affairs.”

Speaking at his latest rally in Yerevan, Pashinian also warned Karapetian and the ruling Republican Party of Armenia (HHK) against thwarting his appointment as the country’s interim prime minister. He claimed that some HHK lawmakers are ready to vote for his candidacy in the parliament.

Pashinian warned that his supporters will “blockade” the parliament building and the prime minister’s office in Yerevan if the HHK majority in the National Assembly moves to install Karapetian as prime minister.