Samantha Power to participate in Aurora events in Yerevan 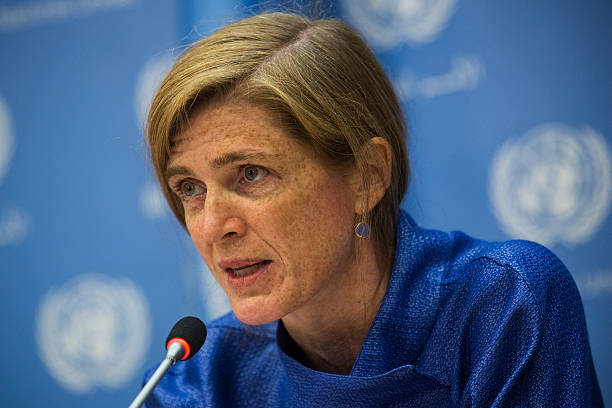 On June 8-10 former U.S. Ambassador to the United Nations Samantha Power will participate in the Aurora Prize for Awakening Humanity events in Armenia.

Samantha Power is a member of the Aurora Prize for Awakening Humanity Selection Committee since December 2017.

On June 8 the American University of Armenia will host a public discussion with Samantha Power and human rights activist John Prendergast. One can participate in the event by registering here.

Prior to her work at the United Nations, she served on the U.S. National Security Council as Special Assistant to the President and Senior Director for Multilateral Affairs and Human Rights.

She authored the Pulitzer Prize-winning book, “A Problem from Hell: America and the Age of Genocide.”

“The Aurora Prize and its laureates recognize that, while it is essential to remember past atrocities, we each have the power to assist those who are saving lives in the present,” she said in December of 2017. “I take great pride in being part of the Prize’s Selection Committee, which seeks to honor those who make great sacrifices to help others, and who find a way to mobilize human kindness and persevere amid steep odds.”

In November of 2016 Samantha Power, who still served as U.S. Ambassador to the United Nations, spoke about “Dangers of Armenian Genocide Denial”.

In a speech devoted to the memory of Elie Wiesel, held on November 30 at United States Holocaust Memorial Museum, she said:

“Injustice was still all around. Genocide denial against the Armenians, the horrors of his lifetime – Pol Pot, Bosnia, Rwanda, Darfur, Syria, in his later years. He lived to see more and more people bear witness to unspeakable atrocities, but he also saw indifference remained too widespread.”