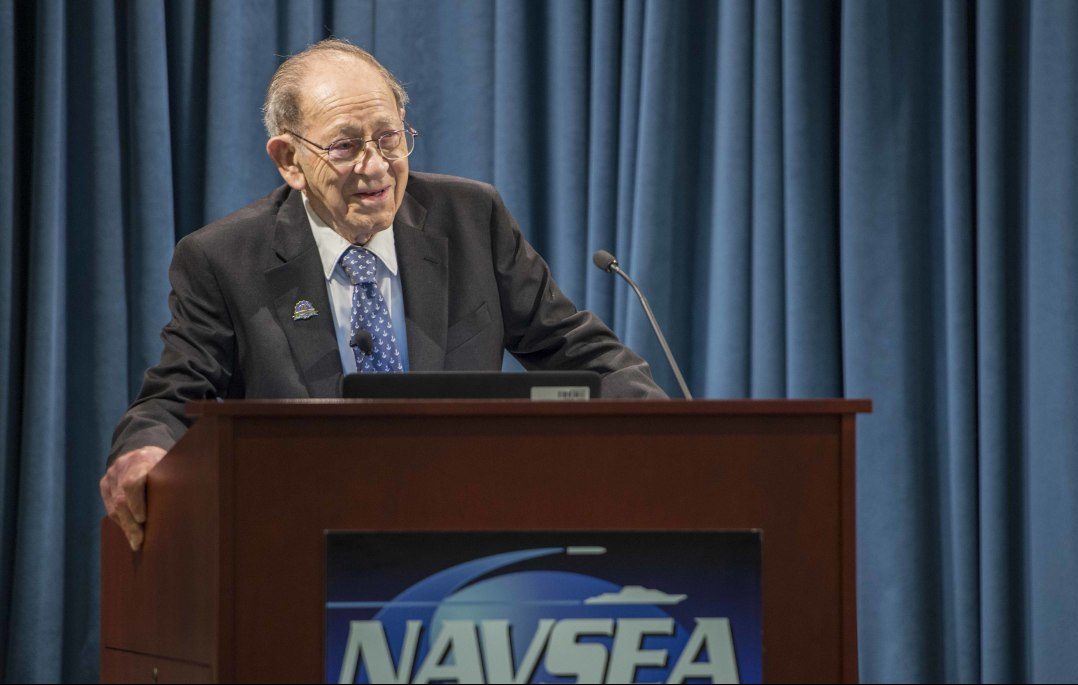 Sarkis Tatigian, who began his U.S. Navy career at the age of 19 during World War II, passed away earlier this week, leaving behind a nearly 78-year legacy of service to the Department of Defense, Naval Sea Systems Command said.

At the time of his death, Tatigian, the longest serving civil servant in the history of the DoD, was serving as Naval Sea Systems Command’s (NAVSEA) Small Business Advocate.

“Mr. Tatigian truly lived a life dedicated to advocacy and the service of others,” said NAVSEA Executive Director, James Smerchansky. “His decades of work oversaw the expansion of the small business industrial base and more than $100 billion in contracts awarded to diverse, small businesses. As we bid fair winds and following seas to Mr. Tatigian, NAVSEA will greatly miss his presence but we will never forget the positive impact he made on this command and the entire U.S. Navy.”

Tatigian’s civilian career with the Navy began in July 1942 as a junior radio inspector at the naval aircraft factory in the Philadelphia Navy Yard and the Navy Office of Inspector of Naval Aircraft in Linden, New Jersey. He left his position as an inspector in March 1943 and entered the uniformed Navy as an active-duty Sailor. In June 1944, he started working as an aviation electronics technician’s mate in the development of the Navy’s first guided anti-ship munition, the ASM-N-2 “BAT” glide bomb, which later became an operational weapon used by the fleet at the end of World War II.

In 1946, he left active duty and returned to the Navy Department and civil service with the Bureau of Ordnance in Washington, working on the Navy’s first generation of guided-missile systems. From there, he moved on to his life’s passion, helping small businesses, as a small business analyst for the bureau. While in the position, Tatigian developed a small business mobile exhibit that traveled coast-to-coast, visiting all state capitals and cities with populations exceeding 400,000. For his organizational efforts on the exhibit, Tatigian received Congressional recognition.

In June 1979, Tatigian was appointed NAVSEA’s associate director of the Small and Disadvantaged Business Utilization Office. The office was eventually renamed the Small Business Program Office, where he continued to serve as an advocate for small business.

In 2012, it was announced during a ceremony honoring Tatigian’s 70 years of service that the Navy’s Office of Business Opportunities Director’s Award would be renamed the Sarkis Tatigian Small Business Award. The award recognizes outstanding performance by a field activity in creating an organizational climate resulting in the advancement of small business opportunity through exceptionally-managed small business programs and challenging initiatives and who has made significant contributions to the command and the DON small business program. Because of his contributions, Tatigian even won the award that bears his name.

In 2017, NAVSEA celebrated Tatigian’s 75th anniversary of civil service. A unique service pin was specially made to mark the occasion as one celebrating that many years of service had never been given before to an employee.

Tatigian, explained upon his 75th anniversary, why he was driven to continue to come to work each day at NAVSEA.

“I was retirement eligible in October 1973,” said Tatigian. “But when you don’t have something to wake up for, that’s when you start to decline. And, if you love what you do and derive a sense of personal worthiness, it’s not really work.”