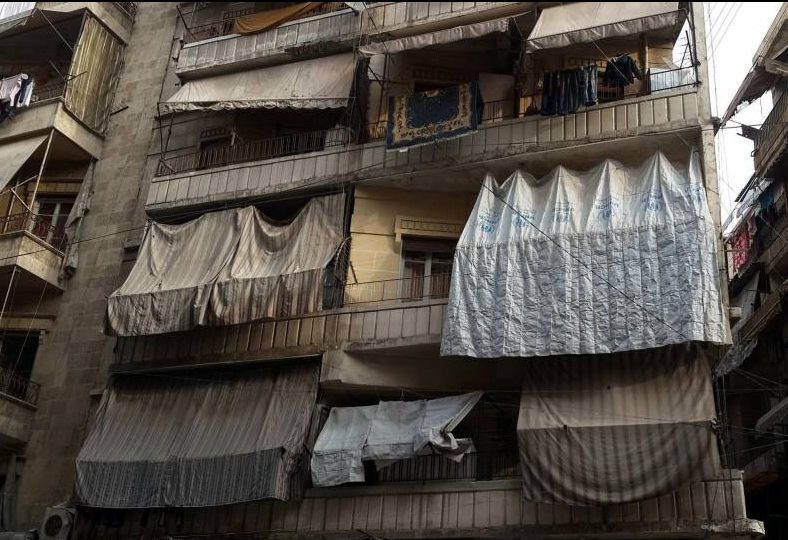 (A.W.)- At the end of 2016, I started volunteering for a program aimed at integrating Syrian-Armenian children into Armenian society. I vividly recall one outspoken little boy who refused to call Armenia home. He hoped his family would one day go back home to Syria.

But after some time the program must have worked, because soon his tone shifted from one of resistance to one of excitement—about his new school, new friends, and new life. An exhibit titled “Home to Home,” launched on Dec. 15 in Yerevan, was dedicated to cataloging the influence Syrian-Armenians have had in Armenia since their arrival in 2011 (Photo: Sofia Manukyan)

Then, one day, he entered the classroom, visibly disturbed. I asked him what was wrong. He announced, upset, that his family would soon be returning to Syria.

Armenia’s official population is a little over 2.9 million, but some estimate that it is lower. Because of reasons such as economic hardship and social injustice, sources report that approximately 35,000 people migrate elsewhere each year, usually to Russia or the United States.

Those circumstances have made the influx of Syrian Armenians to Armenia a welcome development. According to official statistics, about 20,000 Syrians (most of them of Armenian origin) have found refuge in Armenia since the beginning of the Syrian war in 2011.

But after nearly seven years of conflict, the situation finally seems to be stabilizing. Aleppo, in particular, where the majority of Armenians had been living prior to the war, is rebuilding.

“Life in Aleppo is getting back on track,” said Anahid Tashjian, a Syrian Armenian I met through the KASA Foundation’s Adopt-A-Family program in Armenia in 2014. She and her family moved back to Syria in summer 2017. Her voice was bright and cheerful as she explained, “People are repairing their houses, there are jobs here.” She even invited me to visit.

“We liked it in Armenia, we were warmly welcomed,” she said, “but it was difficult for us. We saw few prospects, and the salaries were very low. So, we returned.”

Tashjian’s family has already made the decision to return to Syria. But what will happen to the other estimated 16,000 Syrian-Armenians currently residing in Armenia and Artsakh?

Anna Kamay, curator of a recent photography exhibit dedicated to documenting the Syrian-Armenian presence in Armenia and Artsakh over the last few years, said the positive changes to Armenian society are “undeniable.”

“Changes in dressing style, changes in service, changes in cuisine… I can definitely see these changes, because I was not in Armenia for a while after returning here I could feel the difference,” Kamay explained. “Documenting the changes and the stories was therefore important for me to make sure we do not forget what heritage these people brought with them and how it changed our surroundings in a good way.”

Some Syrian Armenians have even come to resent the term “refugee” altogether, especially Rita Manjikian, who moved to Yerevan in 2013. “If I am Armenian, if I know the language, if I feel like a local and I am working hard to stand on my feet,” she said, “then why should I consider myself a ‘refugee’?”

Over a week ago, Kamay launched the second exhibit in her series. She said the overall conversations she has had with Syrian-Armenians inhabiting in Armenia inspired the title of the second exhibition, “Տնից Տուն” (“Tnits Tun”): in English, “From Home to Home.”

The exhibit also featured a corner devoted to an artisan collaboration between Homeland Development Initiative Foundation (HDIF), Haya brand, and Syrian-Armenian women living in Armenia. On display are clothing and embroidery containing Armenian design themes from Van, Aintab, Sivas, and Marash, created by some seven women.

Aida Santourian of the Syrian Armenian Union explained that the embroidery on display is inspired by Armenian miniature traditions. “Sewing on this modern clothing, we therefore combined the traditional with contemporary style,” Santourian noted.

Organizations and agencies such as the UN, the UN High Commissioner for Refugees, and GIZ (German Corporation for International Cooperation), as well as Armenia’s Ministry of Diaspora, have been supporting in organizing events during which Santourian and others have been able to showcase their work and boost entrepreneurial spirit in the Syrian-Armenian community, particularly women.

Will the Syrian-Armenian Community Persist in Armenia?

Manjikian doesn’t yet plan moving out of Armenia. She says that even before the conflict she always knew that she would one day go to Armenia; the war simply hastened the inevitable. Moving to Armenia has felt, in fact, a lot like returning home: “I have an uncle who helped me in adapting here,” she explained. “In fact if someone has guidance here, not so much financial support but rather guidance, it is possible to adapt here. Knowledge of Armenian, and having some friends or acquaintances, in my case relatives, helps in the adaptation process, too.”

As for the rest of the Syrian-Armenian community in Armenia, it’s tough to say.

Kamay said only time will tell. “After all, in Syria, they had their houses, their businesses. Life was cheaper there,” she explained. “While there, one person—usually the man—could work and support a whole family. Here, one person’s salary is not enough. Women have to work here, too.”

“But despite the hardships, still there was no scenario of Syrian Armenians living in tents or else, as several international organizations and the state would help with financing the rentals of apartments for the initial months, sponsoring healthcare. And language skills were another plus which helped in adaptation process,” Kamay added.

More than anything else, said Kamay, the influx of newcomers brought some much-needed cultural diversity to Armenia’s culturally closed society, but it would be unfair to expect them stay here taking into account the local problems. “There has already been a flow of Syrian Armenians to Canada and elsewhere, and many are also returning to Syria, so we are yet to see if the community will persist here or Armenia will be a temporary harbor for them.”

The exhibition featuring photographers Anush Babajanyan, Nazik Armenakyan, and Piruza Khalapyan opened on Dec. 15 and will run until Jan. 15 at AGBU’s exhibition hall in Yerevan.

Orbelian to be Among Artists Featured at Isrotel Classical Music Festival