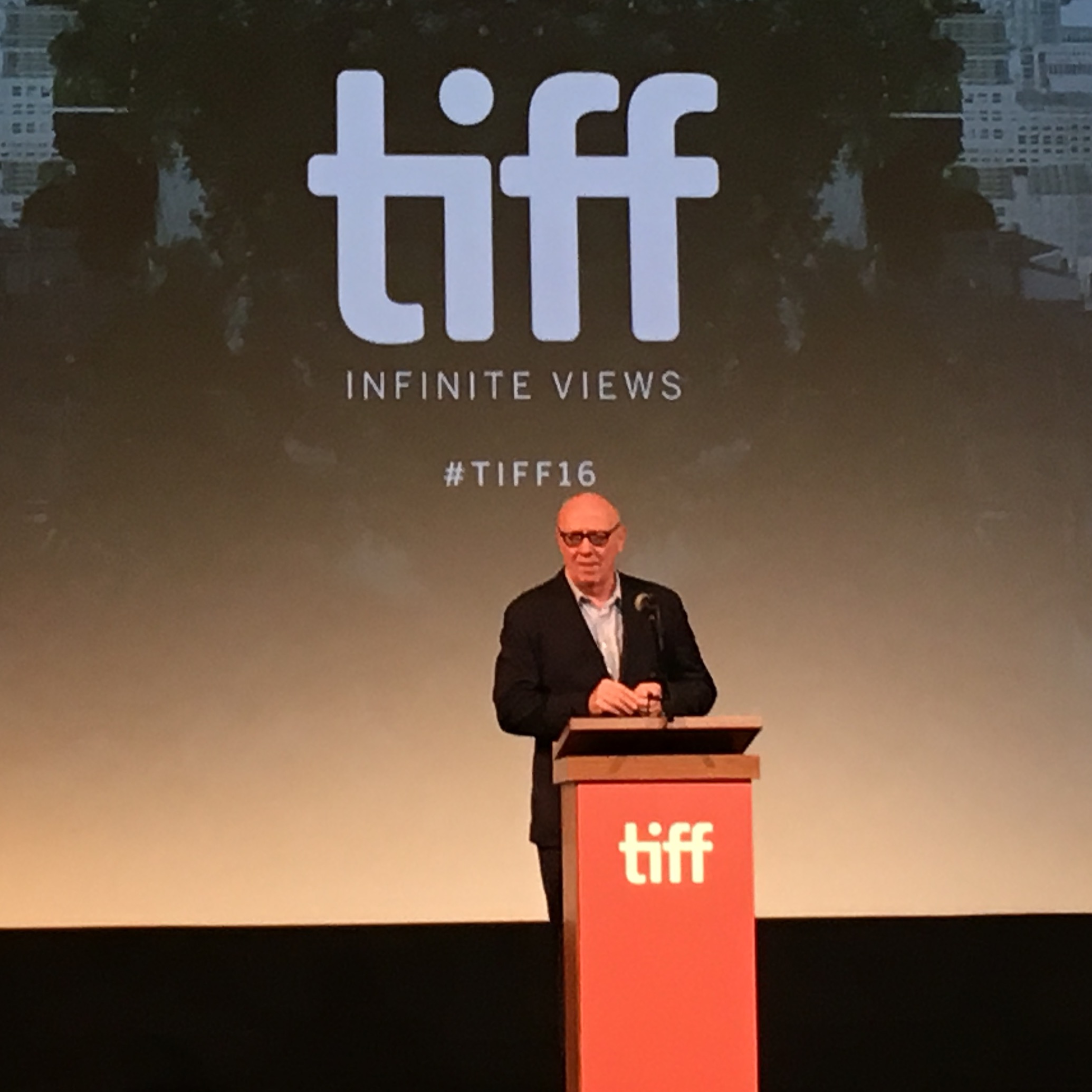 Full disclosure:  I’m an Armenian-Canadian and this is an account of my night at the final screening of the Promise, a story about the Armenian Genocide, and the surprise question and answer period with Terry George, Director, at the Toronto International Film Festival.

I felt I had so much riding on the success of this movie and my nerves were shot before I even took my seat.  My anxiety was not helped by the fact that the screening took place in the bewitching Winter Garden Theatre where as a child, I had seen the live performance of The Phantom of the Opera.  I felt the same sort of apprehension – only this time the Phantom, or ghost, would be from my own ancestral past.

As I looked around I only recognized a handful of people – the rest were all film festival goers.  I was surprised when the woman next to me asked her partner, “What’s this movie about anyway?  A love triangle?”  It’s so much more than that.  Before the dimming of the lights all I could think was, “How will these people react to my story?  Will they believe it?  They have to.  I can’t keep telling people about Armenia, where it is, who we are, and why we fight so hard to survive. This movie has to be a success…”  Before I knew it, the lights had dimmed and I was looking at an all-too-familiar map of the Ottoman Empire in its final days…I was looking at my ancestors’ homeland.

This movie was a difficult one for me to watch.  Unlike some other documentaries, I became completely wrapped up in the characters of the movie, and felt their pain and anguish during one of the most atrocious times in history – in my own history.

Terry George may have a penchant for tackling difficult stories that demonstrate the human capability for good.  He brought us Hotel Rwanda, and like that movie, The Promise is also epic.  The shooting is incredible and one is immediately transported to Ottoman Turkey in the early 1900s – only the movie was not filmed in Turkey but in Spain, Portugal and Malta so that the production could take place without any interference from Turkish genocide denial lobby groups.  He said, “it took 100 years to make this film” – aside from Atom Egoyan’s Ararat, George told the audience that there had been two attempts prior to The Promise to make a historical movie about the Armenian Genocide both of which were shut down or suppressed due to pressures from the Turkish Government.

The movie has found itself shrouded by controversy:  at the time of the final screening of the movie – just 5 days after the movie premiered to an audience of about 2,500 – IMDB had received tens of thousands of votes for the movie with a rating of 1 out of 10.  As Director Terry George explained – and what as an Armenian I already live and breathe – with the movie’s main topic being the Armenian Genocide, he felt there could be no doubt that the votes cast were from Turkish people who are against the recognition of the Armenian genocide.

To add to the controversial nature of this movie, Terry George has been criticized in the press by reviewers for including a melodramatic love story and putting the genocide in the backseat.  Despite this seemingly mainstream view, I found his reasoning to be on point.  He explained that the Armenian Genocide is the greatest unknown catastrophe of the twentieth century and while he acknowledged (in a very cute and cheeky way) that he’s getting flack for including a “sappy love story” and not making it as graphic as he could, he wanted the movie to obtain a PG-13 rating so that it could be shown to the widest possible audience – including students.  He further added, where a moviegoer may not want to see a movie about genocide, they may go simply to watch a love story and come out feeling a touch of the pain having learnt about this great tragedy.

There was no publicity about the movie during shooting and there was security to prevent any attempts at derailing production, “…we deliberately flew under the radar…because we didn’t want to have anyone get threatened or at the same time, influence the shooting itself.”  Terry George further added, “…the Turkish Government has manufactured this notion that it didn’t happen.  The bulk of historical scholarship on this clearly established that not only did it happen but clearly it was a genocide…the question is why did it happen and how do you prevent that in the future?”

The distribution of the movie is expected to be challenging despite the fact that the producers are keen to get the movie out.  He talked about the important message of the movie and its universality: “when good people stand up, good does triumph over evil.”

For that reason, occasional corniness and love story aside, The Promise is an important movie – it packages an exceptionally hard and traumatic subject in a universally relatable tale so that it can educate the viewer and build a connection without overwhelming them, and I believe it does this well.  It is a movie about hope and survival, and how they stand the test of time, just like the Armenians.

Spincycle Diaries:  Chaos Theory – the explanation for my insanity?