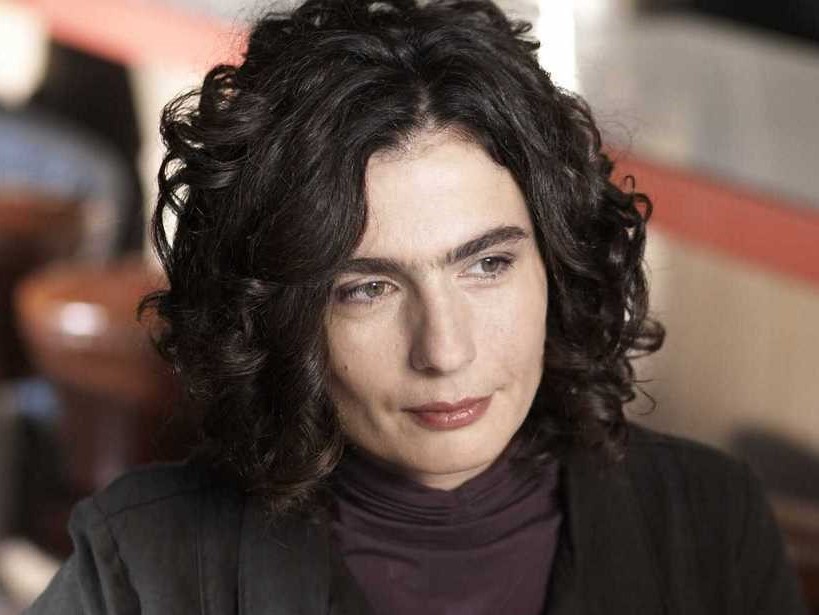 Canadian filmmaker and actor Arsinée Khanjian was involved in the demonstrations this past summer in Yerevan during which she was briefly detained. In a Skype interview TorontoHye’s Editor-In-Chief, Karin Saghdejian had a discussion with Ms. Khanjian about recent events in Armenia and the need for change that has become inevitable to turn things around in our homeland.

K.S.-  You were in Yerevan during the July protests. What made you take part in the demonstrations?

A.KH.- Everything that goes on in Armenia should matter to us. My going to demonstrations opened up a whole can of worms: I never question our right to have a say, but I am learning more about how to address people’s outrage. I saw how people were eagerly taking part in the demonstrations – how then, can I stay silent? I am a part of that nation, even if I was by force geographically removed from it at some point. In my heart and mind, I am one with Armenia; no one can take that right away from me.

Last year, I took part in the “Electric Yerevan” protests. In the absence of free and effective media and ways to communicate, to go there with a curious mind and with humility is the best way to learn about the situation in Armenia.

K.S.- What about the actual detaining? How was that experience?

A.KH.- It was surreal. I was there wondering why people were being arrested for no reason, even before any demonstrations had started. As a filmmaker and actor I was interested in how stories can get built. I was approaching people and police and asking why people are taken away. Suddenly they [the police] wanted to arrest me and when I asked why, they did not have an answer. What they did was perhaps an indication of the chaos among police and law enforcement, an indication that they did not know how to handle the situation.  Maybe they went ahead to enforce their decision on everyone; it doesn’t matter why or how.  What matters is that it gave me the ammunition to think that I have a responsibility to get involved.

K.S.- Your statements made in Lebanon got some negative reactions. People criticized you for saying “stop supporting Armenia financially”. Was that a misinterpretation?

A.KH.- I don’t think I said, “don’t support Armenia financially.” I said that for the first time I am hearing people in civil society who have benefited from the diaspora’s support pleading with me to not send money. What they want is support from outside that becomes pressure on the government to carry out its responsibilities towards its citizens and to implement civil rights and end corruption. So it’s not me who came up with the idea, it’s those people who are saying stop sending us money that will go into the pockets of the authorities legitimizing those responsible for the current miserable situation.

For years we didn’t want to touch the state of Armenia, though we were witnessing on every level all the injustices. Perhaps we wanted to give it a chance; we didn’t want to rock the boat, [we wanted to] let the county find its own way. But today when I visit there I see the anger, the frustration, the loss of hope; people who are just ready to leave.

K.S.- Can we make the distinction between the state and the oligarchical system that misuses or misappropriates resources?

A.KH.- There’s no question that we need to have a tenable state; all the struggle is to defend and protect that state. Whatever words you want to use – it’s a reality today that every institution in Armenia has major corruption issues. I would have loved to see an area which was intact, take it as an example of right management and say, let’s start from there. The harsh truth is that no one believes in the country any more. People in Armenia don’t see the state representing them; it’s governed by a system that’s not serving the interest of the people. We can choose whatever word we use, at the end, we need to listen to what the people are saying. If they are so unhappy that they are ready to leave in such big numbers, at the end of the day what does a country mean when [its] citizens no longer believe in it.

K.S.- Why do you think the diaspora can’t take a hard look at the situation in the homeland?

A.KH.- It’s all about the fear of shaking the foundation of the country. After centuries of being stateless, I think we are not ready to look at the reality. In the past 25 years we’ve seen all the weak points that need to be addressed together as homeland and diaspora, yet we haven’t been able to come together to take meaningful action to address the issues. We are in a huge state of denial and we are perpetuating it because: a) we are not given access; and b) we think we may hurt the situation. These might be true, but right now the situation has reached a tipping point. We are really going to do more harm by staying away. If we don’t act now, we will lose everything. A country that is emptying itself out, can only collapse onto itself.

K.S.- How can the diaspora affect change in Armenia?

A.KH.- The change I am hoping for Armenia is for the sake of the diaspora as well; because Armenia exists, the danger for the diaspora to be isolated with it’s own purpose, is less. For the past 25 years we had, let’s say, a one-dimensional connection with the homeland: we donate, we send our youth there to camps and we go to visit as tourists, but still as a nation we are out of touch. Our traditional organizations are no longer able to sustain the sense of belonging. Armenian identity has become an individual matter. The concept of civilian responsibility is also expanding, gaining more relevance. Moreover, individual Armenians want to have their sense of empowerment as well and our classic institutions are not always capable of responding to this phenomenon. In the digital era, the young generation is forming its own notion of identity.

K.S.-  Do you mean if the state collapses, it will facilitate the disintegration of the diaspora as well.

A.KH.- Yes. As a diasporan my connection to the state of Armenia is not territorial. For hundreds of years we dreamt of the state of Armenia. Now that we have it, if it’s weak, our connection will be lost and we won’t be able to stay in survival mode anymore. Let me add something here. Armenia is not a legacy; Armenia is a living place. For the past 25 years we’ve had the chance to create this miracle. It’s not from history books; it’s a real, tangible state. And when you see that state is malfunctioning, don’t you want to take steps and get involved to make it a better place? The fissure between the state and the people is so big that there’s absolutely no place where they can meet. When you see this reality, don’t you want to take action and do something especially if you have lived in countries where there’s rule of law and respect for human rights? Isn’t it our responsibility to give the citizens of Armenia support and encouragement to fight their battle? I am still not talking about the many ways we can empower them along the way. For so many years, the diaspora dreamt of having a free state in Armenia, now it’s about the time to address its harsh realities.

K.S.- What do you want to say to the young generation in the diaspora willing to connect with the homeland?

A.KH.- If you feel you have a connection to your culture or homeland, empower yourself with your curiosity to find out what’s going on in Armenia. Establish connections with the youth in different cities in Armenia and start conversing about their concerns. The issues are very much in the open:  for example, Armenia’s depopulation. We should be able to ask the hard questions: why are people leaving? And the answer we know is the loss of hope in the future of the country. If young diasporan Armenians ask these questions, I am sure they will do everything to help out, to create an environment where things can change. Things need to change in Armenia at the level of rule of law, at the level of civil rights and governance. Going as observers through the right channels to elections and having an input in that area can change a lot of things. We need to put pressure on the government so that they understand that change has to happen now, not later. This is not revolution I am suggesting. I am suggesting a proper evolution of the status quo. So our youth needs to think outside of the box, connect with the civil society and start the conversation.

Affecting change is in the hands of our two civil societies, one in the diaspora, and one in Armenia, and they should work hand in hand to educate and enrich each other. If we can create this awareness, the momentum of change won’t be stoppable.

A.KH.- I got engaged in this movement , made statements that I believe in and I will continue to do whatever it takes. I did not plan this but I will carry it on. I will fight for the rights of the people of Armenia. They’ve been disappointed many times and I won’t disappoint them this time. I am one person I know but I hope it will have a ripple effect. The most important thing at this stage is to keep the momentum going. We are in a transition phase and I do expect lots of negative and positive reactions, but I don’t think we should stop it in any way. Some people might join in now or later, some might change their course, but all of this is part of the evolutionary process. At the end, what I do will be to focus on empowering the diaspora. I am now involved in something much bigger than me.