The year women became eligible to vote in each country 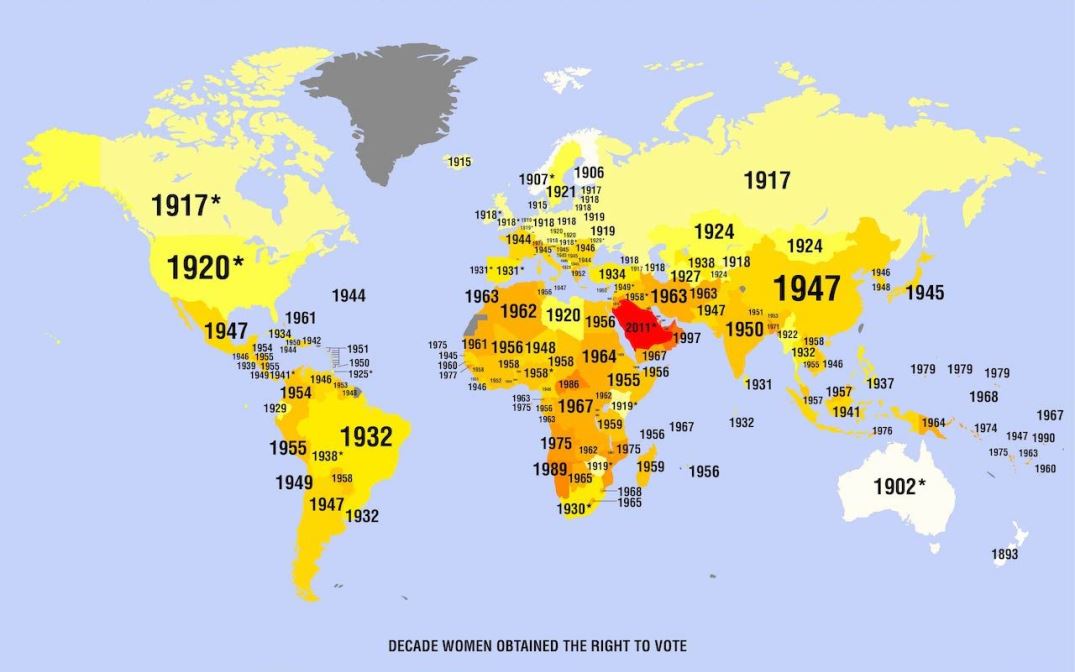 A quick glance at the map tells only part of the story, however. Pay close attention to the asterisks, as the year noted for some countries signifies only limited suffrage, often only for white women or in conjunction with specific requirements such as homeownership or marriage. Belgium’s 1919 suffrage granted widows and the mothers of servicemen killed in World War I, or widows and mothers of servicemen “shot and killed by the enemy” the vote but didn’t extend the same rights to all women until 1948. Australia granted women excluding Aboriginals the right to vote in 1902. For a more complete list of exclusions, view the notes at the far bottom of the infographic.