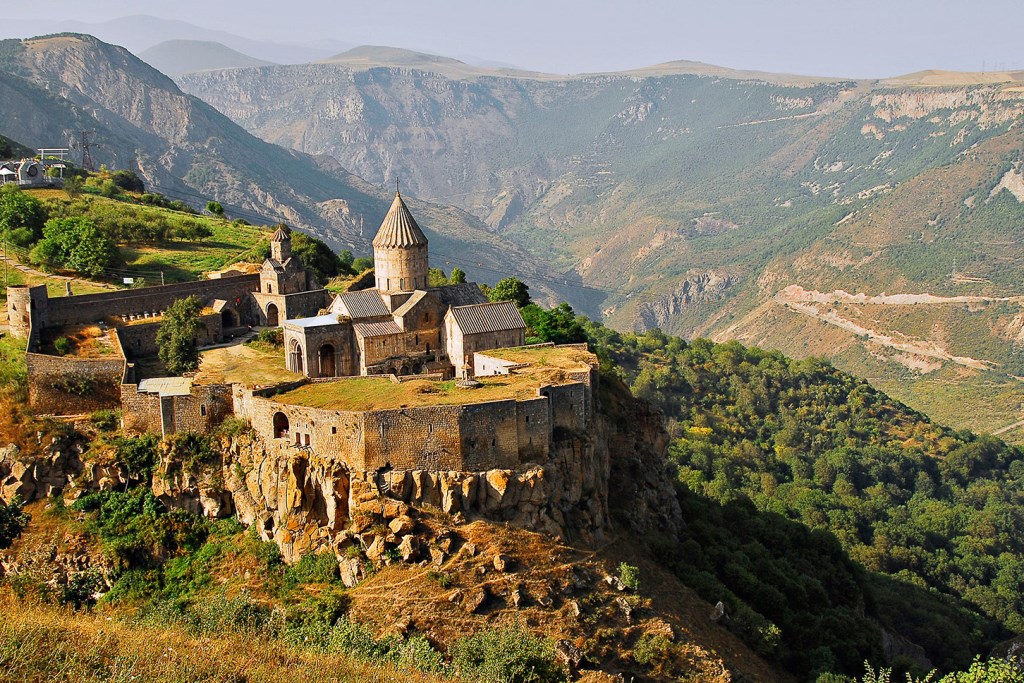 (Panarmenian)- Travel website Traveller has included the Monastery of Tatev in Armenia‘s south in its list of most spectacular mountain monasteries of the world, which are nestled in stunning surroundings and perched conveniently close to the heavens..

“Monks always had an eye for remote places and fabulous scenery, and this ninth-century monastery is the perfect example, lodged on a basalt shelf above a gorge in southeast Armenia with views to snowy mountains,” the article says.

“The cable-car ride is magnificent. For centuries, it was an important religious, political and trading centre, and in the Middle Ages housed a university. It’s now history and earthquake ravaged, but still impressive.”

The Tatev Monastery is a 9th-century Armenian Apostolic monastery located on a large basalt plateau near the Tatev village in Syunik Province in southeastern Armenia. In the 14th and 15th centuries, the monastery hosted one of the most important Armenian medieval universities, the University of Tatev, which contributed to the advancement of science, religion and philosophy, reproduction of books and development of miniature painting.

Also included in the list are the Ki Monastery in India, Ostrog Monastery in Montenegro, Tiger’s Nest in Bhutan, Monte Cassino in Italy, Santa Maria di Montserrat in Spain and others.