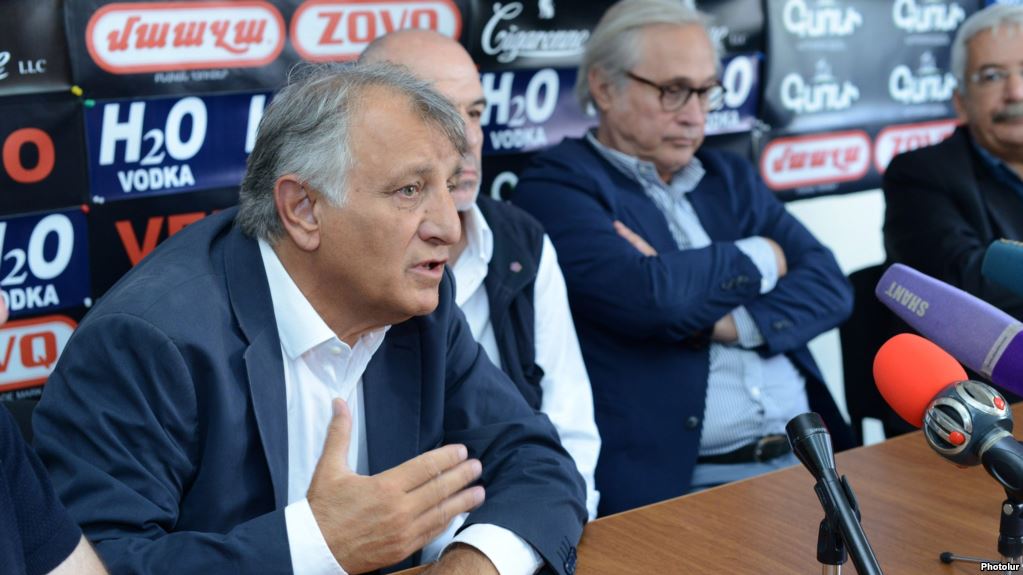 They met with Karen Mirzoyan, the Karabakh foreign minister until this week, in Stepanakert on September 22. Mirzoyan’s press office said he briefed them on “the history and origins” of the Armenian-Azerbaijani conflict and the Karabakh Armenian leadership’s efforts to resolve it.

Azerbaijan’s Office of the Prosecutor-General said late on Thursday that the Turks illegally crossed Azerbaijan’s internationally recognized border and will be prosecuted under a corresponding article of the Azerbaijani Criminal Code. It said it has asked Turkish law-enforcement authorities to arrest and extradite them to Baku.

The Turkish ambassador to Azerbaijan, Erkan Ozoral, strongly condemned the trip on Friday. But he did not explicitly say whether Uras, Bayramoglu, Cetinoglu and Katircioglu will be arrested in Turkey. “We respect the legal system,” Ozoral told the Azerbaijani APA news agency.

Successive Turkish governments have strongly and unconditionally backed Azerbaijan in the Karabakh conflict. Turkish Defense Minister Nurettin Canikli reaffirmed that stance and called for “the liberation of Karabakh” on Thursday when he visited Azerbaijan to attend joint exercises held by the air forces of the two Turkic states.

Baku similarly issued international arrest warrants for three pro-Armenian members of the European Parliament who travelled to Karabakh and monitored a constitutional referendum held there in February. None of them has since been arrested.

The three lawmakers — Frank Engel of Luxembourg, Eleni Theocharous of Cyprus and the Czech Republic’s Jaromir Stetina — had already been declared personae non grata in Azerbaijan because of their previous trips to the Armenian-populated territory. The Azerbaijani government has also blacklisted more than 600 other non-Armenian foreigners for the same reason.

Earlier in February, Belarus controversially handed over to Azerbaijan Alexander Lapshin, a Russian-Israeli blogger detained in Minsk in December. An Azerbaijani court sentenced Lapshin three years in prison in July. He was pardoned by Azerbaijani President Ilham Aliyev and set free on September 14. The blogger called for continued Armenian control over Karabakh the following day.