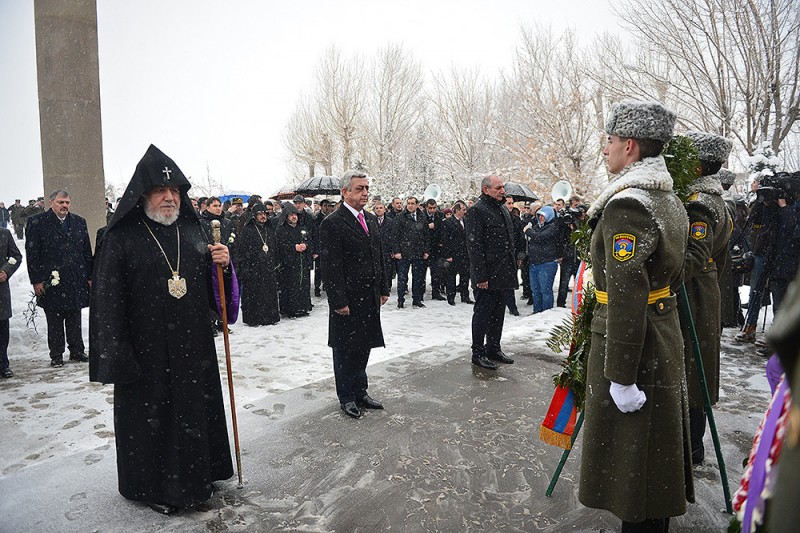 On the occasion of the 25th anniversary of the creation of the Armenian Armed Forces, President Serzh Sargsyan, accompanied by Catholicos of All Armenians Garegin II, President of the NKR Bako Sahakian, and the highest leadership of the Republic, visited the Yerablur Military Pantheon and paid tribute to the memory of the fallen soldiers.

In commemoration of the anniversary, President Serzh Sargsyan awarded over two hundred military servicemen and freedom fighters with the highest awards, medals and orders of the Republic of Armenia, and bestowed on them high military ranks for their courage in defending the borders of the Republic, their valor and boundless dedication, as well as for their contribution to the army building and enhancement of the battle readiness of the troops.

The President of Armenia also congratulated the servicemen and freedom fighters on the occasion of the holiday and on receiving high state awards.