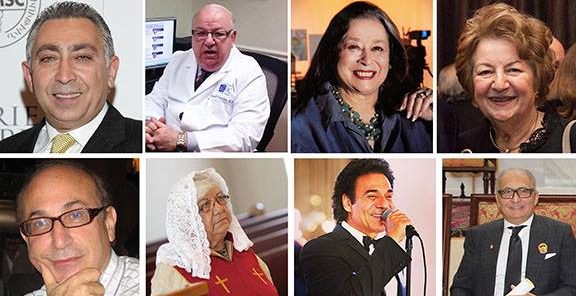 Asbarez – May 17 will be a special day for eight Armenian-American who are slated to receive the Ellis Island Medal of Honor during an official ceremony at the iconic and historic gateway for hundreds of thousands who were welcomed into the United States by the Statue of Liberty and made America their home.

From successful businessmen, to a pioneering physician, to artists who enrich our lives through art and music and those who dedicate their lives to the advancement of our community through philanthropy, service to church and our organizations, the eight Armenians represent a cross-section of our ever-expanding reality.

According to the NECO website, “the Ellis Island Medals of Honor embody the spirit of America in their celebration of patriotism, tolerance, brotherhood and diversity. They recognize individuals who have made it their mission to share with those less fortunate their wealth of knowledge, indomitable courage, boundless compassion, unique talents and selfless generosity; all while maintaining the traditions of their ethnic heritage as they uphold the ideals and spirit of America. As always, NECO remains dedicated to the maintenance and restoration of America’s greatest symbol of its immigrant history, Ellis Island.”