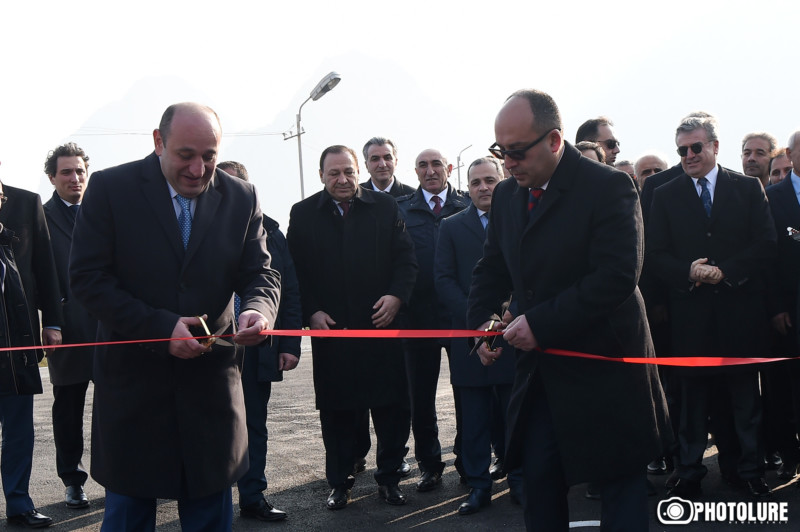 The Meghri Free Economic Zone launched its activity on December 15 at the presence of Armenian Prime Minister Karen Karapetyan.

The opening ceremony was attended by minister of economic development and investments Suren Karayan, Syunik governor Vahe Hakobyan, Iran’s Ambassador to Armenia Seyed Kazem Sadjadi, as well as a group of businessmen.

Addressing the event, Minister of Economic Development and Investments Suren Karayan said the opening of the Free Economic Zone is a remarkable event, as it will contribute to the proportionate development of the regions, improvement of national competitiveness, production of competitive goods, attraction of foreign investments, increased volume of exports, etc.

“Creation of the Free Economic Zone in Meghri is important for the reason it is situated on the Iranian border, which will serve as an additional impetus for intensification of trade-economic relations between the two countries, thus reinforcing the existing cooperation,” he added.

Unlike the two other free economic zones, this one will embrace a wider framework of spheres, including agriculture, manufacturing industry, trade, cargo shipment and storage economy, tourism and others.

The Free Economic Zone is expected to attract 50-70 companies in the coming years, which will invest a total of 100-130 million USD and create more than 1,500 jobs.