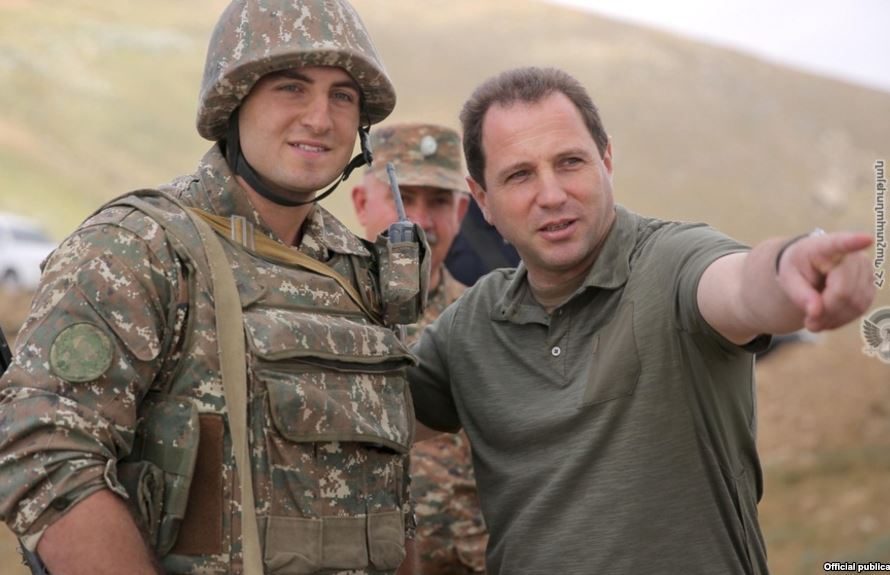 Speaking to the Russian publication EADaily.com, Tonoyan warned Baku against a repeat of the April 2016 aggression against Karabakh which nearly degenerated into an all-out Armenian-Azerbaijani war.

“We are especially concerned about the activation of Azerbaijani armed forces in Nakhijevan direction, where relative peace has prevailed before. Any expression of military provocation in this region is fraught with escalation of a major crisis, which will affect other regional players as well,” Minister Tonoyan said in the interview.

He said the Armenian military has “drawn conclusions” from the four-day hostilities that left at least 190 soldiers from both sides dead. Those include unspecified measures that have “excluded the element of surprise” another Azerbaijani might have, he said.

“I don’t want you to be left with the impression that Armenia is a solicitor of peace,” said Tonoyan. “I would advise the Azerbaijani side not to be so confident that it controls the issue of escalation of the military situation. It’s not that mediators will manage to convince the Armenian side to suspend retaliatory punitive actions if the Azerbaijani side resumes hostilities, even if Baku conducts a military operation of limited scale.”

“In case of a repeat of the scenario of the April 2016 aggression, the Armenian side may not resist the ‘temptation’ of using its entire arsenal to counter the enemy in a resolute and large-scale way … Azerbaijan would not be allowed to retain a monopoly on determining the place, time and scale of escalating the situation,” he warned.

President Ilham Aliyev and other Azerbaijani leaders regularly threaten a military solution to the Karabakh conflict. Senior military officials in Yerevan and Stepanakert say that the Azerbaijani military has deployed more troops along the “line of contact” around Karabakh since April.

“The war is not over. Only its first phase has ended,” Aliyev said during a military parade in Baku on June 26. He threatened military strikes against “strategic” Armenian targets.

During the parade the Azerbaijani army demonstrated 240 pieces of military equipment, including Belarusian-made Polonez and Israeli-made LORA missiles which were reportedly purchased by Baku in recent months.

While admitting that Yerevan is “worried” about weapons demonstrated during the parade, Tonoyan stressed: “There are means of countering any type of weapon and the Armenian side not sitting idly by.”