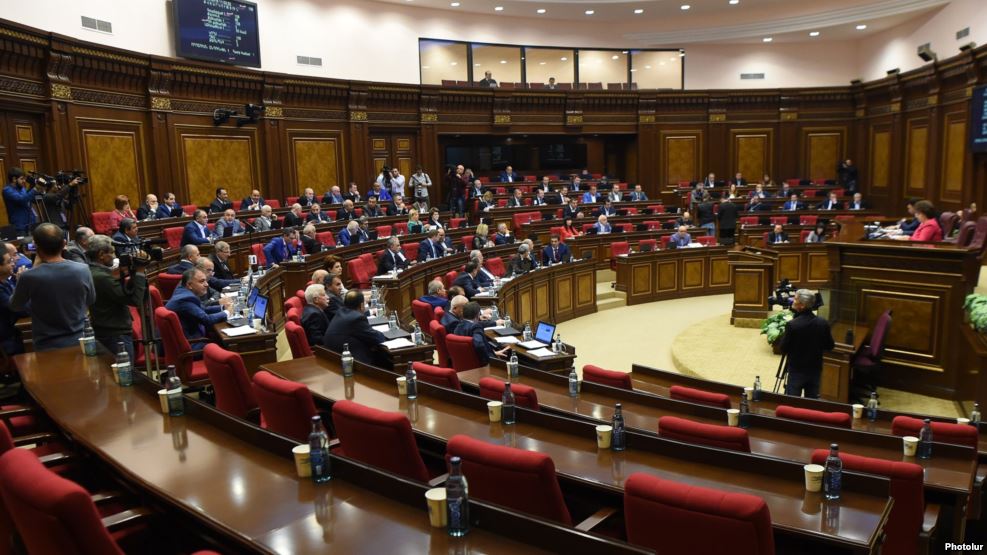 (RFE/RL)- The Armenian parliament voted on December 16 to allow its members to formally defect from political parties that helped them win parliament seats.

The two measures are part of the new statutes that will regulate the work of the next assembly to be elected in April.

Under the existing statutes, only a limited number of deputies are allowed to leave their parliamentary factions representing various parties. They have to have been elected to the 131-seat legislature from one of Armenia’s 41 single-seat constituencies or held one of the top three places on the electoral lists of those parties. There are no such restrictions in the new statutes.

The parliament approved the changes after a heated debate that cut across party lines. They were criticized by some opposition deputies and their pro-government colleagues.

Levon Martirosian of the ruling Republican Party of Armenia (HHK) implied that that the proposed expulsion of dissenters is unconstitutional. “The constitution clearly stipulates that a deputy has the right to vote the way he or she wants to … And it’s voting that would lead to problems or conflicts within a faction,” he said.

But Naira Zohrabian, the chairwoman of the opposition Prosperous Armenia Party (BHK), strongly backed the measure. “If a deputy thinks for some reason that their noble ideas do not match those of their faction and acts against [the faction] … they should not keep enjoying all rights of the faction, while giving interviews discrediting it,” she said.

De facto party switching has not been uncommon among Armenian lawmakers. The Armenian National Congress (HAK), an opposition party that won seven parliament seats in the 2012 parliamentary elections, is a case in point.

Three of those seats are held by deputies who have severed their links with the HAK in recent years. The current statutes require them to resign from the National Assembly if they were to formally leave the HAK faction.

Another opposition party, Zharangutyun, is nominally represented in the parliament by four deputies. Only one of them maintains an official or unofficial allegiance to the party. The three others have fallen out with the Zharangutyun leadership.