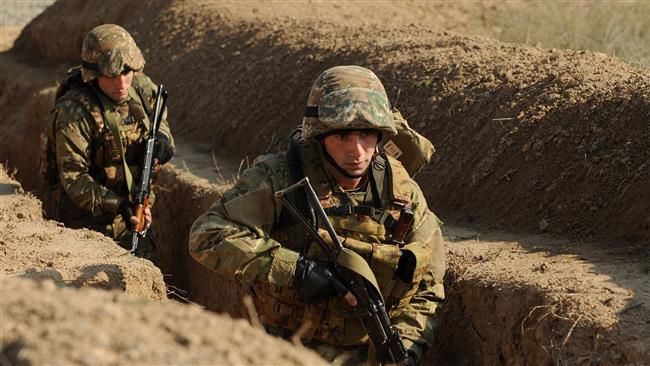 Contractual servicemen Haykaz Matevosyan, 1980, received a gunshot wound at the neck in the military positions of a regiment located in the north-eastern direction of the Armenian border at about 13:30, September 19.

The serviceman succumbed to wounds on the way to hospital, the Ministry of Defense reports.

Matevosyan was serving in the army since 2011.

Spokesperson of the MFA Armenia Tigran Balayan has commented on the situation on the border between Armenia and Azerbaijan.

“ Recently, Azerbaijan has been continuously shelling the border between Armenia and Azerbaijan, targeting and damaging the settlements, civilian institutions and civilian populations of border villages.

As a result of the shots released from the Azerbaijani side, an Armenian serviceman, private Haykaz Matevosyan has been killed. We express our deepest condolences to the family, relatives and fellow servicemen of the fallen soldier and assure that we will continue to work decisively to establish peace.

The actions of Baku aimed at escalation of the situation, accompanied by bellicose rhetoric, undermine efforts by the OSCE Minsk Group Co-Chair states and the international community to create an environment conducive to peace.

We strongly condemn Azerbaijan’s actions and draw the attention of the international community, firstly the OSCE Minsk Group Co-Chair states, to the urgent necessity to curb Azerbaijan and put it on the constructive path in order to prevent the escalation of the situation”.