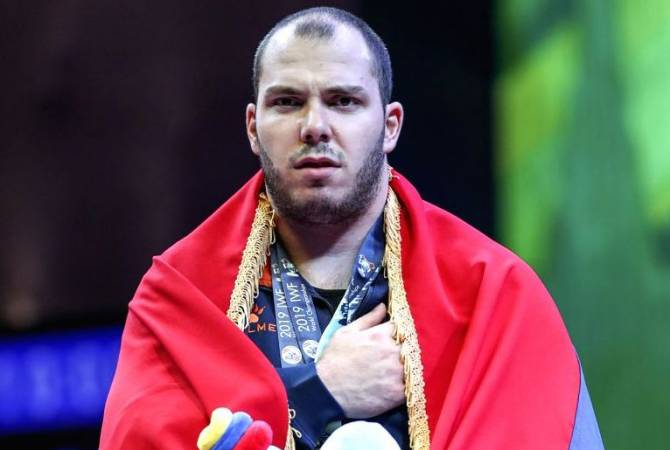 Avagyan lifted a total of 375 kg above his head and became the first weightlifter to show such results.

Davit Hovhannisyan, also from the Armenian national team, snatched bronze in the same category after raising 357kg above his head.