Armenians Head For Snap Elections After Tactical Voting In Parliament 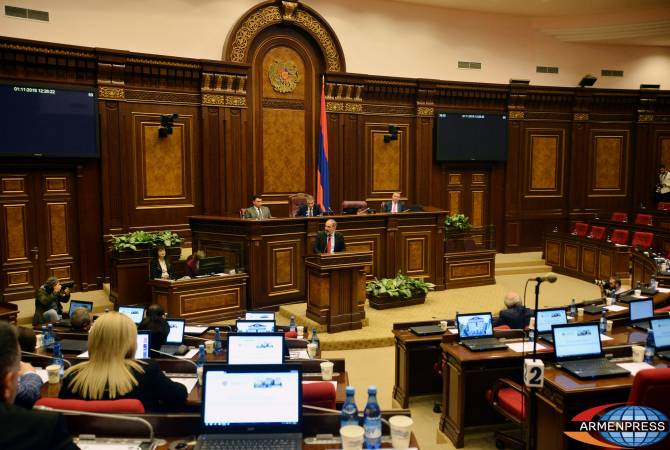 “Azatutyun”- Snap parliamentary elections are to be held in Armenia after the country’s National Assembly on Wednesday for the second time in two weeks failed to elect a new prime minister in accordance with a political agreement.

The failure of the vote comes amid a push by Nikol Pashinian to force fresh general elections in December in a bid to unseat his political opponents, who have maintained a majority in parliament despite the change of government last May.

Under the Armenian constitution, snap elections can be called only if the National Assembly fails to elect a prime minister within two weeks after the prime minister’s resignation. Pashinian resigned for tactical reasons on October 16.

The pro-government Yelk Alliance, which holds only nine seats in parliament, and members of the second-largest parliamentary faction controlled by wealthy businessman Gagik Tsarukian formally nominated Pashinian for the second voting, which was held on the assumption that it would fail due to prior political agreements.

From among 70 lawmakers registered for the session none voted “for” or “against” Pashinian’s candidacy. Thirteen lawmakers abstained from voting.

As a result, Pashinian’s formal bid did not gather enough votes and the National Assembly will, therefore, be dissolved by virtue of law.

In his speech preceding the vote Pashinian described today’s event as historical for Armenia. “What is historical about it is not that for the first time a parliament in Armenia is dissolved and we are going to have the first early parliamentary elections in our country. What is historical about it is that after the nonviolent, velvet, people’s revolution that took place in April-May we fully return the power in the Republic of Armenia to its citizens. We return to the citizens and the people of the Republic of Armenia the power to decide the fate of further political processes,” Pashinian said.

Under the constitution, new elections shall be held no earlier than within 30 days and no later than within 45 days – approximately in the first half of December.

Pashinian will continue to perform his prime-ministerial duties in the interim.

TThe political team of Pashinian, who came to power on the wave of anti-government demonstrations last spring, is tipped to win the upcoming polls by a landslide.