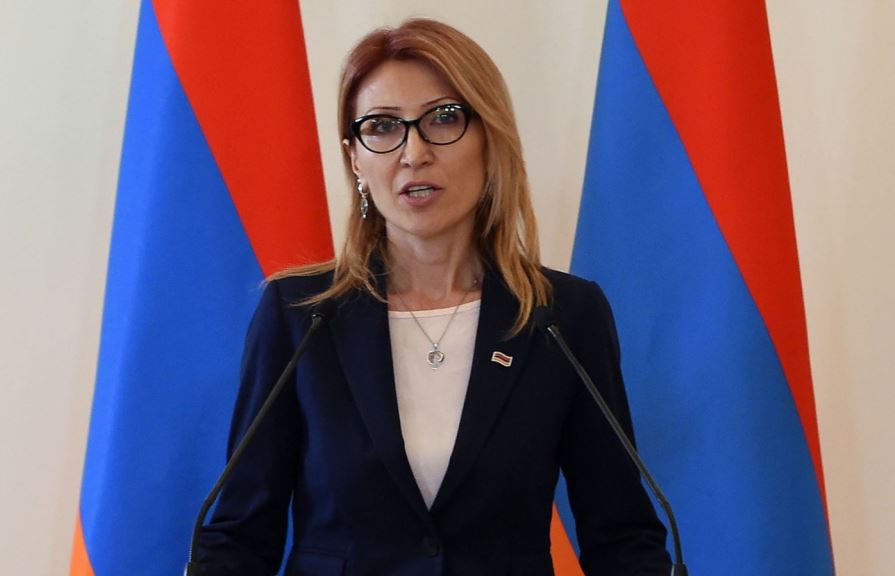 Tandilian was one of the organizers of street protests in 2014 against the former Armenian government’s decision to require citizens born after 1973 to finance a large part of their future pensions through additional tax payments. The protests forced the new government to make the new system, recommended by Western donors, optional for private sector employees until July 2018.

Shortly after Pashinian appointed her as minister last month, Tandilian proposed that this deadline be extended by one more year. She said that more “public discussions” on the issue should be held in the meantime.

Pashinian’s government decided on Monday, however, that the new pension system will become mandatory for all Armenians aged 44 and younger next month. The only concession it made was to ask the parliament to cut the new pension tax rate from 5 percent to 2.5 percent.

Tandilian cited the government decision when she announced her resignation on her Facebook page. “After lengthy discussions it became obvious that my proposal is not supported by the government,” she wrote. “Instead, another variant was put forward and approved at the government meeting.”

“This issue is of utmost importance to me,” she said, arguing that the pension reform is opposed by most Armenians and people affected by it must therefore be free to choose a mechanism for determining their retirement benefits.

Tandilian, 40, also said that she is terminating her membership in the Bright Armenia party, which teamed up with Pashinian’s Civil Contract and another opposition party to contest last year’s parliamentary elections. Their Yelk alliance came in third in the polls.

Tandilian was elected to the Armenian parliament on the Yelk ticket. She had to resign from the National Assembly after agreeing to join Pashinian’s government formed following the April 23 resignation of Prime Minister Serzh Sarkisian.

Neither Pashinian nor other Yelk leaders immediately reacted to her resignation.

Tandilian did not openly object to the government decision on the pension reform during Monday’s cabinet meeting. The decision was openly opposed by another cabinet member, Minister for Economic Development Artsvik Minasian.

Minasian’s objections clearly irritated Pashinian, who said that all ministers must share “collective responsibility” for all government actions. “Those who don’t shoulder this responsibility are not with us,” the premier warned bluntly.