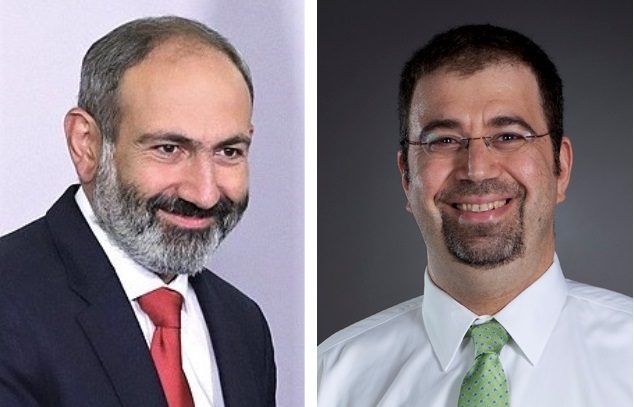 The Prime Minister presented the government’s programs and priorities. Acemoglu stressed that “it’s time to undertake and start implementing short-term, mid-term and long-term institutional reforms with a focus on politics, as well as in the fields of justice, improvement of financial systems and investment climate. He noted that these should be concrete actions aimed at achieving results within a certain period of time.

Daron Acemoglu attached importance to the implementation of mechanisms of flexible institutional checks and balances in different branches of power, which will ensure the exclusion of the previously existing vicious phenomena, improvement of the government’s transparency, which will allow the public to keep track of the authorities’ actions.

“As a result of the government’s present activity citizens feel involvement in politics. Many in Armenia are really excited and want to be part of politics,” Daron Acemoghlu said.

The economist expressed willingness to support the Armenian government in any format on its path of development, democratization and reforms.

The interlocutors agreed to continue discussions in the future.