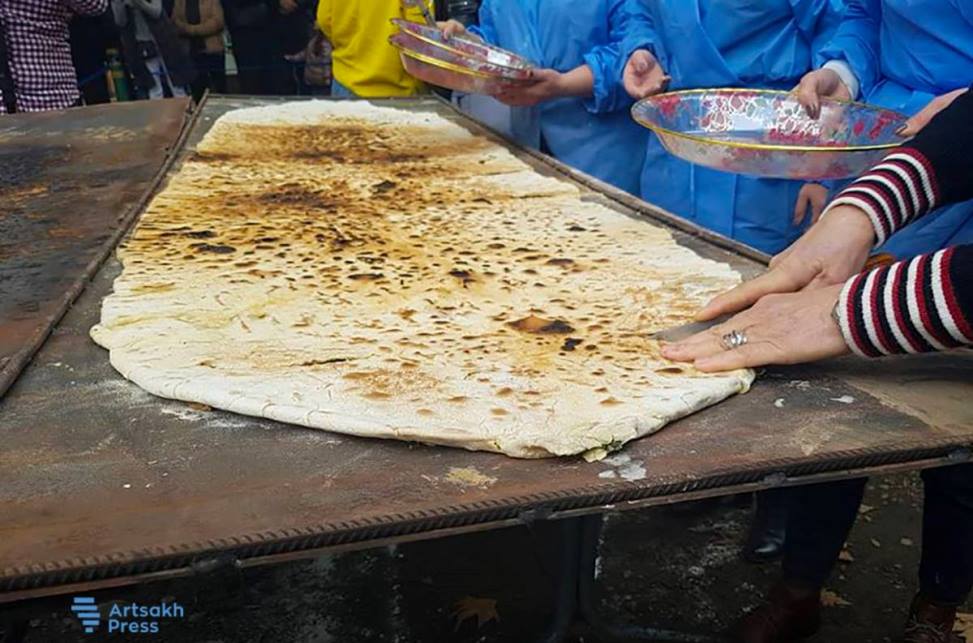 “Panorama”,- Longest-ever Jengyalov hats, a traditional type of flatbread stuffed with finely diced herbs and green vegetables, with a weight of 20 kg 885 grams and about 3 meters has been baked in Artsakh’s Hadrut region. The bread has been added to Armenia’s Dyutsaznagirk (Book of Heroes).

In an interview with Artsakhpress, the head of the Culture and Youth Affairs Department of the Hadrut’s regional staff, Yerazik Hayriyan said that an hour and a half took for making the “record” dish. 8 people participated in making process.

“26 types of greens, which grow only in Artsakh, have been used to make Zhengyalov hats,” she said, adding that it was initiated by the Department of Culture and Youth Affairs, which was immediately supported by the head of the regional administration, Ivan Avanesyan.

The event aimed at highlighting the role of the traditional dish of Artsakh cuisine.