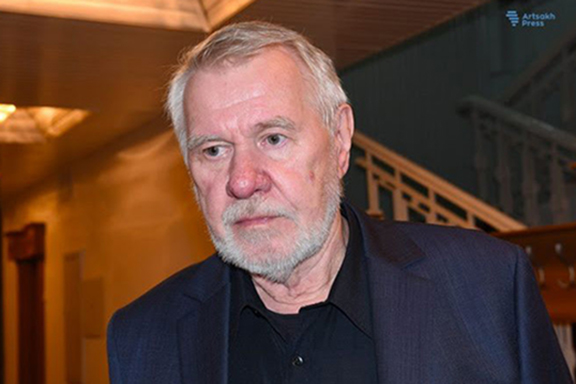 STEPANAKERT—Member of the European Parliament Jaromír Štětina from the Czech Republic said on Wednesday that Artsakh currently has all the attributes to be a recognized independent state.

“I think that Artsakh has all the attributes for being an independent and recognized state. There is a democratic system here, all the institutions function, and all this is regulated by the new Constitution,” said Štětina in an interview with ArtsakhPress. He is visiting Artsakh where he has met with President Bako Sahakian, Foreign Minister Masis Mayilyan and held meetings in the National Assembly headed by its speaker Ashot Ghulyan.

“In addition, the Republic of Artsakh is able to organize its defense and has a developed and developing economic system. These are important components, and I personally confirm that as I have regularly visited Artsakh within the last 30 years,” the European lawmaker added.

He said there are forces in the European Union and the European Parliament that do not want to engage in true evaluation of Artsakh democratic processes nor do they want to single out Azerbaijan, which continues to threaten Artsakh’s physical well-being.

“That should be our front, our struggle. Azerbaijan wants to distort Artsakh’s political and economic system, and Baku is trying to intimidate those visiting Artsakh. For example, after my previous visit to Artsakh during the Constitutional referendum, Baku appealed to Interpol to arrest me but was rejected because the organization is not engaged in political issues,” explained Štětina.
He said he was happy to be back in Artsakh and was extremely pleased with the constructive discussions he had with Artsakh government officials about advancing Europe’s engagement in the region.

“In particular, we talked about the possibilities of establishing direct contacts between Artsakh and the European Union. This process should be sped up,” said the lawmaker.

“For example, the system of lobbying in EU structures should include the appointment of an [official] Artsakh representative to the European Parliament. I also proposed as an expert to involve two people from Artsakh in the European Parliament for practical training and exchange of experience,” he explained.