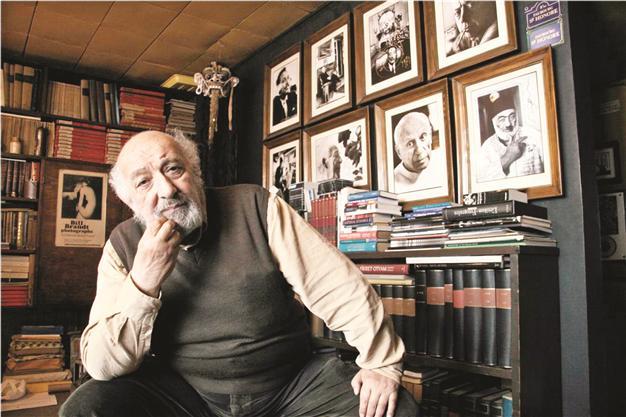 Guler passed away after being rushed to hospital in Istanbul for emergency treatment for heart failure, state-run Anadolu news agency said.

He won fame with extraordinary images of Istanbul in black-and-white that admirers believe capture the soul of the city more than any other photographer.

His work ranged from images of the city’s best known mosques and landmarks, pictures of workers going about their daily lives to rare pictures of Istanbul covered in a blanket of snow.

In a city that is now changing at a frenetic pace, Guler’s work preserved facets of Istanbul that have now become irrevocably lost.

Celebrated Turkish writer and Nobel Literature Prize winner Orhan Pamuk famously used Guler’s images in his book “Istanbul: Memories and the City” in which the smoky and misty photos provided the perfect accompaniment to the text.

For many, the work of Guler was shot through with the spirit of huzun, the Turkish word for melancholy, which is seen as a particular Istanbul characteristic.

But in a wide-ranging career, he also photographed famous personalities including Salvador Dali, Alfred Hitchcock and Winston Churchill. Another famous subject was the artist Picasso.

Born to an Armenian family in Istanbul, Guler attended an Armenian school there and began working as a photographer on Turkish newspaper Yeni.

He got his first big international chance as a photographer in 1958 when US magazine Time-Life opened a Turkey office.

He then met the likes of Marc Riboud and Henri Cartier-Bresson who signed him up to join the celebrated photo agency Magnum.

Fans liked to call Guler the “Eye of Istanbul”, but he insisted he was more.

“People call me an Istanbul photographer. But I am a citizen of the world. I am a world photographer,” he said once.

His work took him around the world to Africa and Afghanistan as well as his native Turkey and resulted in numerous books, which remain a favourite of Istanbul souvenir-hunters to this day.

Guler was a well-known face in Istanbul and even in his last months could regularly be seen at the outside tables of the cafe he owned — Ara Cafe — in central Istanbul which is adorned with his pictures.

On August 18 this summer, a photography museum in Istanbul opened in his name.