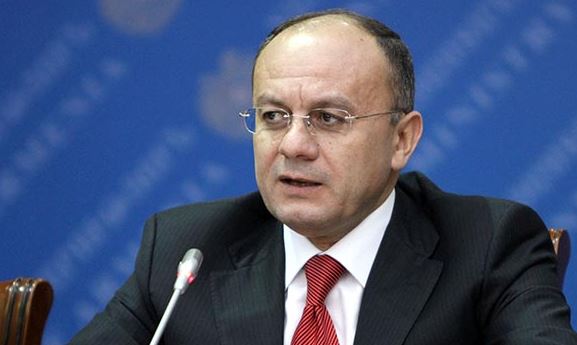 (A.W.)—Former Defense Minister Seyran Ohanyan announced on Dec. 20 that he will “actively” participate in Armenia’s upcoming parliamentary elections. His announcement came just days after Unity Party leader Vartan Oskanian expressed hope that Ohanyan would join an alliance with his party and other opposition groups.

“I have decided to actively participate in political and, in particular, electoral processes… for the sake of the security of our state and realization of national ideas,” Ohanian wrote on his Facebook, reported RFE/RL’s Armenian service.

Ohanyan added that he has already started consulting with “political forces, non-governmental structures, prominent figures, and intellectuals,” but failed to mention any names. Ohanyan discussed that through his meetings, he is seeking to create a political team to bring about the necessary political and economic change in Armenia.

His announcement also came a day after, former deputy chief of President Serge Sarkisian’s staff, Victor Dallakian stated that he and his political allies plan to cooperate with Ohanian for the upcoming elections.  “We share the same evaluation of the ways out of the current situation in Armenia,” Dallakian told reporters.

Ohanyan, who had been serving as Defense Minister since 2008, was replaced two months ago by the chief of the presidential staff Vigen Sargsyan, as a part of a government shuffle initiated by President Sarkisian.