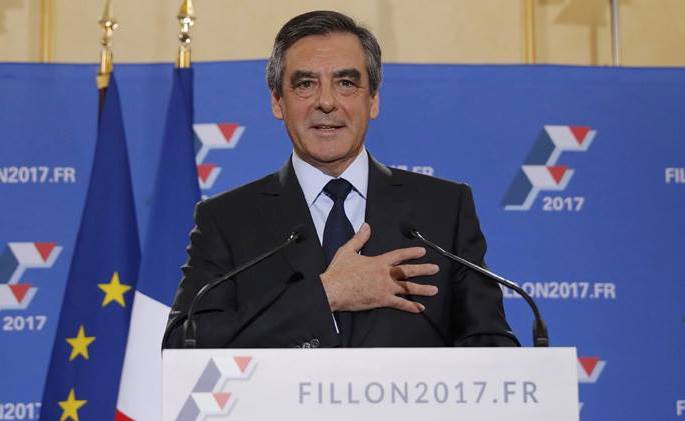 In case of being elected president French Republican candidate François Fillon will mark April 24 as the remembrance day of Armenian Genocide victims as his predecessors did, “Armenpress” reports Fillon told Nouvelles d’Armenie.

“It’s important not to forget the thousands of victims. Nearly 1.5 million Armenians, 3/4th of the entire Armenian population, living in the eastern part of the Ottoman Empire, in the provinces of Minor Asia, fell victim to that Genocide”, the presidential candidate said, recalling that France officially recognized the First Genocide of the 20th century, the Armenian Genocide back on January 29, 2001.

According to him, however, recognition cannot be a final achievement. It’s necessary to do the next step. François Fillon stressed that the heirs of the victims of the Shoah (Holocaust) are protected from denialism by law, which is not the case with nearly 500 thousands of French citizens of Armenian origin who have often defended France by their blood.

“The heirs of the Armenian Genocide victims have encountered a unique phenomenon – state denialism. Turkey commits a huge mistake by not facing its past. Each nation has its shadow and they win by facing it”, the presidential hopeful said. François Fillon said that France has to protect its citizens, therefore, legislative process for the criminalization of the Armenian Genocide denialism must be restored.

“This struggle against denialism must finally come to end by the mobilization of the senators and members of the National Assembly”, he concluded.

Presidential elections in France will take place on April 23. If none of the candidates receives more than 50% of votes the second stage will be held on May 7.

Bedrosyan: What’s Next for Turkey?