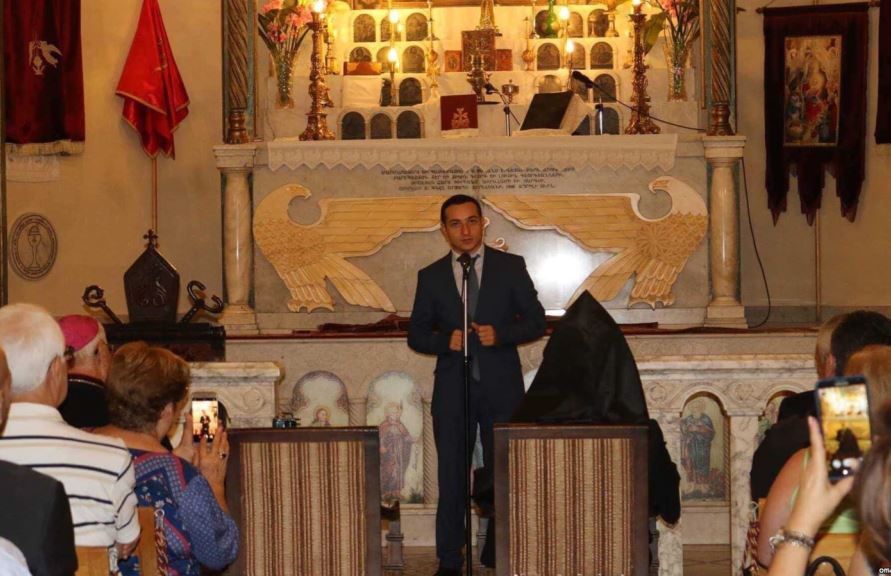 The ministry was set up in 2008 by then President Serzh Sarkisian. It is tasked with maintaining and strengthening the country’s cultural, educational and other ties with the worldwide Armenian Diaspora.

Hayrapetian said the future of his ministry is now under review in line with Prime Minister Nikol Pashinian’s plans to downsize the entire government.

“We are continuing to discuss [its future] right now,” he told RFE/RL’s Armenian service (Azatutyun.am). “There are two options: the closure of the ministry or its reinforcement. I personally have proposed the latter option: an agency with greater functions and levers.”

The 28-year-old minister admitted that the ministry employing about 90 people has until now played a largely “symbolic” role. The government must set much more “ambitious” objectives for it, he said without elaborating.

In Hayrapetian’s words, if the government does not accept his ideas it will likely decide to incorporate the Diaspora Ministry into another ministry or downsize it and lower its status.

Hayrapetian is the youngest member of Pashinian’s cabinet formed after the latter swept to power in May in a wave of mass protests. He is running as a candidate of the premier’s My Step alliance in parliamentary elections scheduled for December 9.