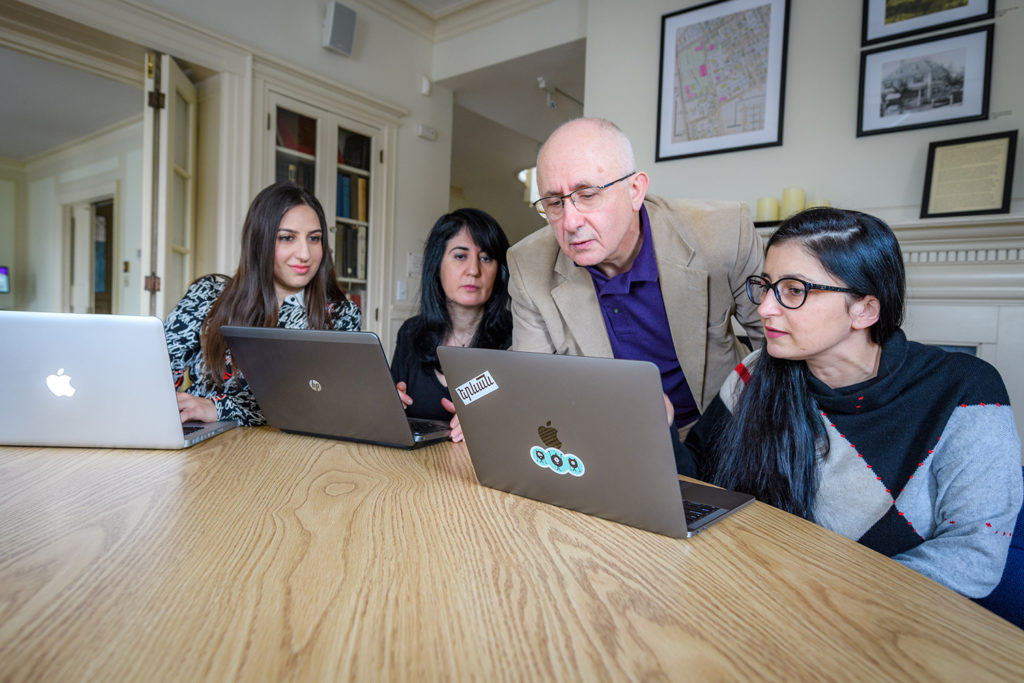 The newly launched Krikor Guerguerian Archive comprises thousands of original Ottoman documents and Guerguerian’s extensive, unpublished writings. It includes the long-missing handwritten memoirs of Naim Bey, an Ottoman bureaucrat stationed in Aleppo who actively participated in the deportation and massacres of Armenians; documents from the Jerusalem Armenian Patriarchate containing first-hand information about the Armenian genocide; and critical papers from the Istanbul perpetrator trials held from 1919 to 1922 that were long assumed vanished.

Among the most noteworthy materials are ciphered telegrams that the Ottoman Interior Minister Talat Pasha, army commanders, and the chief of the government’s paramilitary sent to governors throughout the Empire. Some of these telegrams, written on government letterhead stamped with the official Ottoman seal, clearly outline the Ottoman government’s planning and execution of the genocide. These “killing orders,” considered the “smoking gun” of the Armenian Genocide, formed the basis of Akcam’s groundbreaking book “Killing Orders: Talat Pasha’s Telegrams and the Armenian Genocide,” released earlier this year.

Professor Akçam was granted access to the unpublished collection in 2015 by Dr. Edmund Guerguerian, nephew of Fr. Guerguerian, and he has worked diligently to ensure that other scholars of the Armenian Genocide have access to these important documents. He engaged his doctoral candidates Ani Ohanian, Anna Aleksanyan, and Burçin Gerçek, and former students Ümit Kurt, Ph.D. ’16 and Emre Can Dağlıoğlu in an effort to create and launch the digital archive. The group collaborated with others in Paris and Istanbul to translate materials into English.

“Access to these materials has the potential to change scholarly and political discourse as well as to destroy Turkish denial,” wrote Professor Akçam. “It is my duty to make this evidence accessible for the world to see.”

Among his many honors, Akçam received the 2018 Outstanding Upstander Award from the World Without Genocide organization; the Hrant Dink Spirit of Freedom and Justice Medal from the Organization of Istanbul Armenians and the Hrant Dink Freedom Award from the Armenian Bar Association (both in 2015); and the Heroes of Justice and Truth award at the Armenian Genocide Centennial commemoration in May 2015.

Funding for the creation of the Krikor Guerguerian Archive was provided by the Caloust Gulbenkian Foundation, the Jirair Nishanian Foundation, the Armenian General Benevolent Union, the Knights & Daughters of Vartan, and the Dadourian Foundation. Original materials included in the Guerguerian Archive were donated to the National Association for Armenian Studies and Research (NAASR) in Belmont, Mass., where they will become part of NAASR’s Mardigian Library. Researchers will be able to access original materials included in the digital archive following the opening of the NAASR headquarters’ building in the fall of 2019.