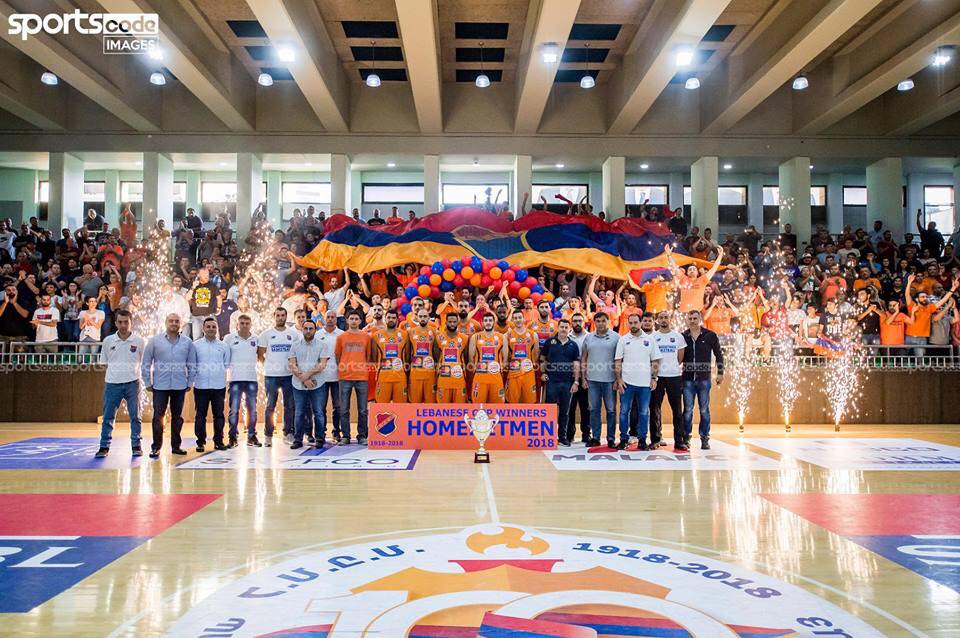 BEIRUT (A.W.)—Homenetmen Lebanon’s men’s basketball team won the Lebanese Basketball League championship earlier today, after beating Riyadi 74-59 in a deciding game game seven in the finals. The win comes less than two weeks after the Armenian club captured the Lebanon Cup on May 2.

Tensions between Homenetmen and Riyadi have been high since early last year, when Turkish flags raised at the Jan. 8, 2017, basketball match between the two clubs sparked controversy. Photographs of the flags began circulating on social media networks shortly after the game—a display that many called a targeted attack against the Homenetmen players and fans, since Riyadi is not a Turkish club.