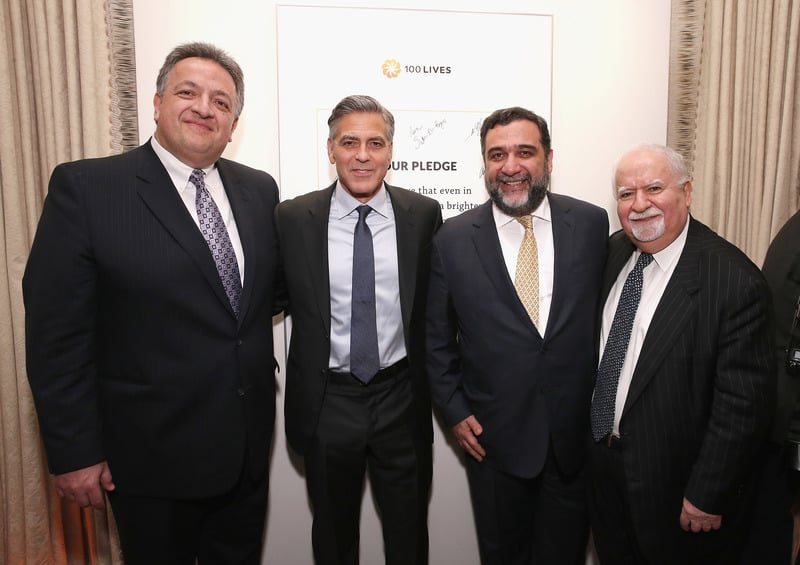 [:en]On Oct. 15, The IDeA Foundation announced a $250,000 contribution and the launch of a new fundraising effort for Syrian-Armenians impacted by the civil war there. IDeA (Initiatives for Development of Armenia) Charitable Foundation was established by philanthropists Ruben Vardanyan and Veronika Zonabend. The Foundation focuses on programs which achieve tangible socioeconomic development and assist Armenia in transition from the survival model to the prosperity model. IDeA is committed to promoting social entrepreneurship in Armenia through investments in long-term, non-profit projects, as well as ensuring their sustainability.

The foundation implements large-scale charitable initiatives in Armenia, Artsakh (Nagorno-Karabagh/NKR), and the Armenian diaspora, which strive to preserve the historical and cultural heritage of the Armenian people and revitalize the nation in an ever-changing world. Among the flagship projects of IDeA Foundation are UWC Dilijan, Tatev Revival,Reconstruction of St. George Cathedral in Tbilisi, Dilijan Development project, 100 LIVES initiative and many others.

Below is the IDeA Foundation’s statement regarding the contribution and fundraising effort.
***

The IDeA Foundation wishes to express appreciation to all those individuals and organizations—from Armenia and the Diaspora—who voiced their support of IDeA’s public statement. We value all efforts by individuals, non-profit organizations, the government, and the church directed to Armenians impacted by the military conflict in Syria.

We are hopeful that a process of national consolidation, focused on aiding the Armenians of Syria, will continue to gain momentum, and will enable the distribution of reliable information about the true situation of the Armenian community there.

As the Syrian conflict drags on, the situation of Armenians there becomes more difficult due to the diversity of policies, views and interests. Nevertheless, we believe that saving lives is an absolute priority.  At the same time, we respect the right of each individual Syrian-Armenian to determine their own future.

The IDeA Foundation will complement the efforts already under way at the governmental, international, and societal level, by contributing $250.000 at this stage. This will be allocated through the strategic partner the Armenian General Benevolent Union (AGBU), that has been involved in relief efforts from early days of the conflict and other non-governmental organizations, who currently implement Syrian-Armenian support projects in Armenia: Mission Armenia, the Aleppo NGO, and RepatArmenia. The funds will be aimed at planning and implementing the following:

-aid to those who continue to remain in Syria (AGBU)

Resources will be allocated according to the specific requirements and scale of each program.

Individuals and organizations that wish to participate in this initiative may do so by contributing directly to the organizations mentioned above, or through IDeA.

Individuals and organizations that wish to help with lodging or job placement may directly contact sai@idea.am or call +374 (0) 60 700801 in Armenia.

We are fully aware of the importance of preserving the Armenian communities of the Middle East. We are convinced that the national consolidation that we seek will help secure the physical security of Syrian- Armenians and preserve their identity, regardless of where they reside in the future.[:]

The Future for Global Armenians is now, open letter says