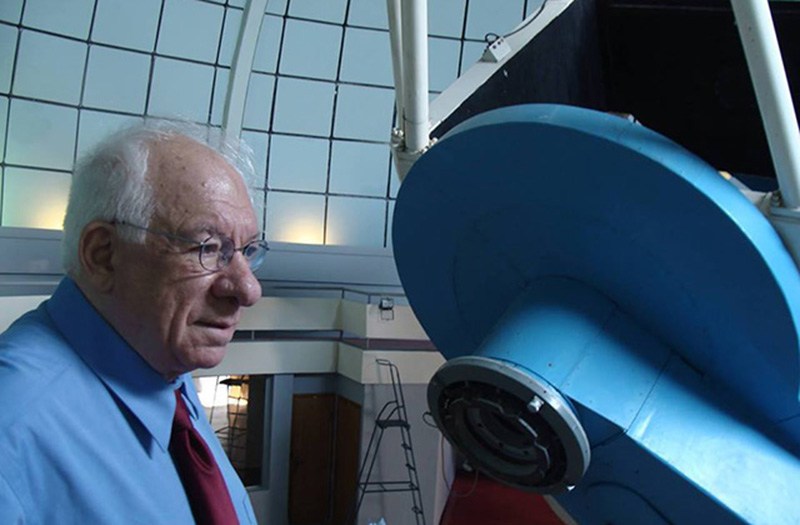 (ANCA)- NASA has announced it will award the Distinguished Public Service Medal, its highest honor, to astronomer Yervant Terzian, the Tisch Distinguished Professor Emeritus. The medal will be presented by NASA Administrator Jim Bridenstine at the NASA Johnson Space Center in Houston on Aug. 2. The ceremony will be broadcast live at noon EDT on NASA TV.

“Dr. Yervant Terzian has dedicated his life to education, public service and scientific research,” according to NASA in its award citation. “He has used his enthusiasm for space exploration and education to bring inspirational experiences to students and the general public across the country.”

NASA continued: “Dr. Yervant Terzian has made an indelible impact on education and inspiring young minds. … He has evoked comprehension and wonder in his students and in his public audiences. These accomplishments and his eminent humanity prove Dr. Terzian worthy of this Distinguished Public Service Medal.”

Terry Herter, chair and professor of astronomy, agrees. “Dr. Terzian has been a relentless, eloquent ambassador for the sciences over his entire career, reaching and influencing undergraduates, graduate students, colleagues and the general public. This is a very well-deserved award.”

“The Space Grant has been very successful in implementing space programs for the brightest students across New York state to provide them with opportunities to develop their interest in space,” said Terzian. “This is what will keep the United States as the leader.”

For 12 years, Terzian served as a visiting lecturer in astronomy for the American Astronomical Society, traveling across the U.S. enhancing college communities’ scientific understanding of the universe. He has also contributed to dozens of radio and television programs for public listeners, on topics such as life in the universe, NASA and the space program, the U.S. space shuttle program, and the state of astronomy.

Terzian said he has been inspired throughout his life by the ancient Greeks and their deductive method of science. “When I was very young and asked my father why there were stars, I was not satisfied with the answers, and I started reading everything I could from the American Library in Cairo,” he explained. “The description of nature through our science, through our scientific methods, is still young, and we should expect major discoveries in the future. From the work humans have achieved so far, we can deduce that we are not alone in the universe, and the day will come that we will find life in other planets.”

Terzian is known for his studies of stellar evolution and the discovery of regions of hydrogen gas between distant galaxies – a finding that indicated the presence of unseen matter in intergalactic space. His research using national radio astronomy observatories has been supported by NASA and the National Science Foundation. He is the author or co-author of more than 235 scientific publications and the editor of seven books, including “Carl Sagan’s Universe.”

A member of the faculty since 1965, Terzian served as chair of Cornell’s Department of Astronomy from 1979 to 1999. He initiated the National Science Foundation’s Research Experiences for Undergraduates program at Cornell, which offers summer research for students, particularly women and members of underrepresented groups.

Among Terzian’s many honors are NASA’s Lifetime Achievement Award and the Republic of Armenia’s Gold Medal, its highest honor for scientific achievement. He was elected a fellow of the American Association for the Advancement of Science in 2001.

At Cornell, Terzian has been recognized for the excellence of his teaching with the Clark Distinguished Teaching Award in 1984 and the Stephen H. Weiss Presidential Fellowship Award in 2001.