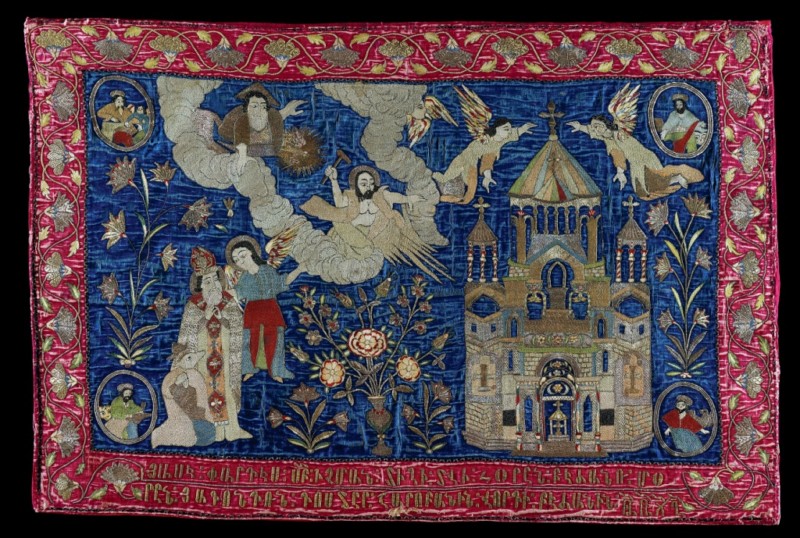 (Blouinartinfo)- The Metropolitan Museum of Art will soon unveil “Armenia!,” which explores Armenian arts and culture through its history.

Charting the history of Armenia from its conversion to Christianity in the early fourth century to its prominent role in international trade routes in the 17th century, the show looks at how Armenians developed a national identity. It also emphasizes on how they upheld and transformed their traditions as they traveled to other parts of the world.

The display features more than 140 gilded reliquaries, richly illuminated manuscripts, rare textiles, liturgical furnishings made of precious materials, khachkars (cross stones), church models, and printed books. “These demonstrate Armenia’s distinctive imagery in their homeland and other major Armenian sites, from the Kingdom of Cilicia on the Mediterranean to New Julfa, in Safavid Persia,” the museum writes. Also on view would be select comparative works that highlight how Armenians interacted with other cultures.

The exhibition focuses on major Armenian centre of production covering from west to east. “The emphasis is on images of Armenians, from self-portraits to depictions of male and female rulers, donors, theologians, and historians,” the museum adds. “Special attention is given to works by major artists such as T’oros Roslin, Sargis Pidzak, Toros Taronatsi, and Hakob of Julfa working in the Armenian homeland, the Kingdom of Cilicia, and New Julfa.”

Almost all the works in the exhibition are provided by major Armenian repositories and most of them are on view in the U.S. for the first time. More than half of the works on display are on loan from The Republic of Armenia with the support of The Ministry of Culture. Additional works are drawn from The Met and other American and European institutions. According to the museum, “photographs of Armenian architecture and landscapes by noted Armenian-Canadian photographer Hrair Hawk Khatcherian and his assistant Lilit Khachatryan will provide context for the works in the exhibition.