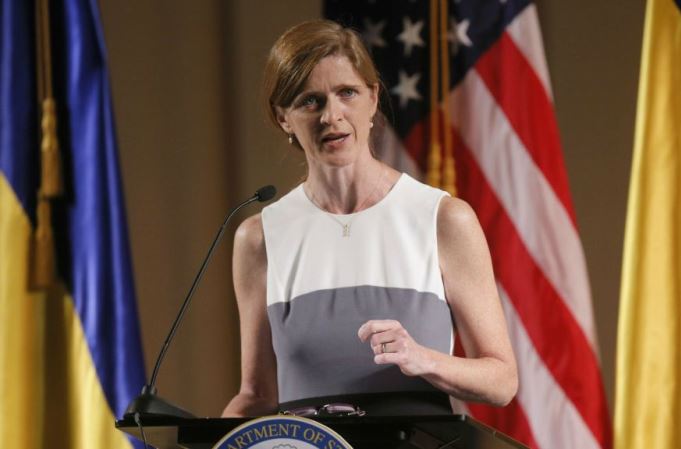 “The Hill”.- Former Obama UN Ambassador Samantha Power on Monday apologized for not using the term “genocide” to describe the Ottoman Turks’ massacre of Armenians.

“I am very sorry that, during our time in office, we in the Obama administration did not recognize the #Armenian Genocide,” Power said in a series of tweets.

Power, who served as Obama’s UN ambassador from 2013 to 2017, blamed “ongoing Turkish denial” for leaving an “open wound.”

“Almost every Armenian-American family was touched in some way by the genocide,” Power said.

Former President Barack Obama had promised during his campaign to use the label to describe the mass killings by Ottoman forces of the Armenian in the 1910s, but reversed course in office.

The Turkish government has long fought efforts to label the killings a genocide. Turkey is seen as a key NATO ally, in particular in the fight against the Islamic State in Iraq and Syria. Armenian-American groups, though, have long urged the U.S. to use the term.

Power’s remarks came the same day that President Trump released a statement marking the atrocity, but also kept course with past administrations by declining to call it a genocide.

Trump called the killings “one of the worst mass atrocities of the 20th century.”

“I join the Armenian community in America and around the world in mourning the loss of innocent lives and the suffering endured by so many,” Trump said in a statement.

To date, Power is the only Obama official to express regret over the decision not to use the term genocide.

Earlier Monday, Obama also made his first public remarks since leaving the presidency, attending an event in Chicago.