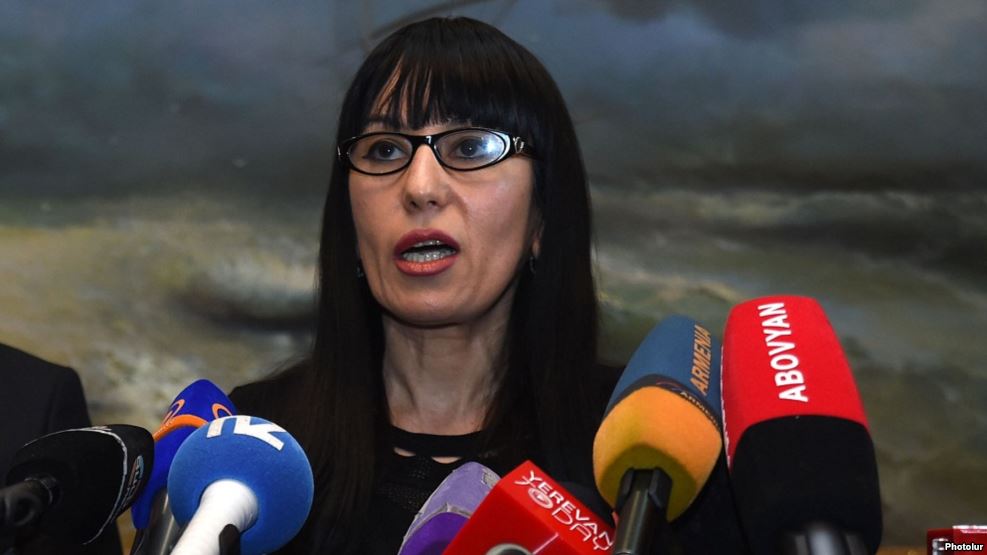 Naira Zohrabian, the BHK chairwoman, claimed that Karapetian will not be allowed to break up de facto monopolies of the so-called “oligarchs” or to make them pay more taxes because the HHK needs their backing to win next year’s parliamentary elections.

“Of course, there must be no economic monopolies in Armenia and our entire government system must not be mired in corruption,” Zohrabian told RFE/RL’s Armenian service. “These are simple truths.”

“Will [corresponding] steps be taken? Frankly, I’m not optimistic,” she said.

Karapetian has repeatedly pledged to improve Armenia’s problematic business environment and implement other economic reforms since President Serzh Sarkisian appointed him prime minister on September 13. In particular, he has ordered tax authorities to tackle possible tax evasion among large and lucrative companies which he said are in a “privileged” position. Many of those companies are controlled by oligarchs linked to the HHK.

Zohrabian said that while she thinks that Karapetian is genuinely committed to reforms, the HHK, which is headed by Sarkisian, will not risk alienating the influential tycoons in the run-up to the elections due in April.

“The oligarchs operating in the shadow, the kings of monopoly are all golden sponsors of vote rigging,” she said. “And just a few months from now, all of them will be seeking to ensure the reproduction of the Republican Party.
“Is the HHK really ready to act like a kamikaze for the sake of saving the country? At the risk of being called the most pessimistic person in this country, I just don’t believe in this science fiction scenario.”

The BHK, which boasts the second largest parliamentary faction, itself was founded and led until last year by an influential tycoon, Gagik Tsarukian. The latter became one of the country’s richest men during former President Robert Kocharian’s rule.

Tsarukian is thought to have had a warm rapport with Kocharian. He was forced to retire from politics in early 2015 after openly challenging Sarkisian together with other opposition groups.

Sarkisian called for deeper economic and political reforms in Armenia when he announced on September 8 his decision to replace Prime Minister Hovik Abrahamian by Karapetian, a technocrat and longtime business executive.