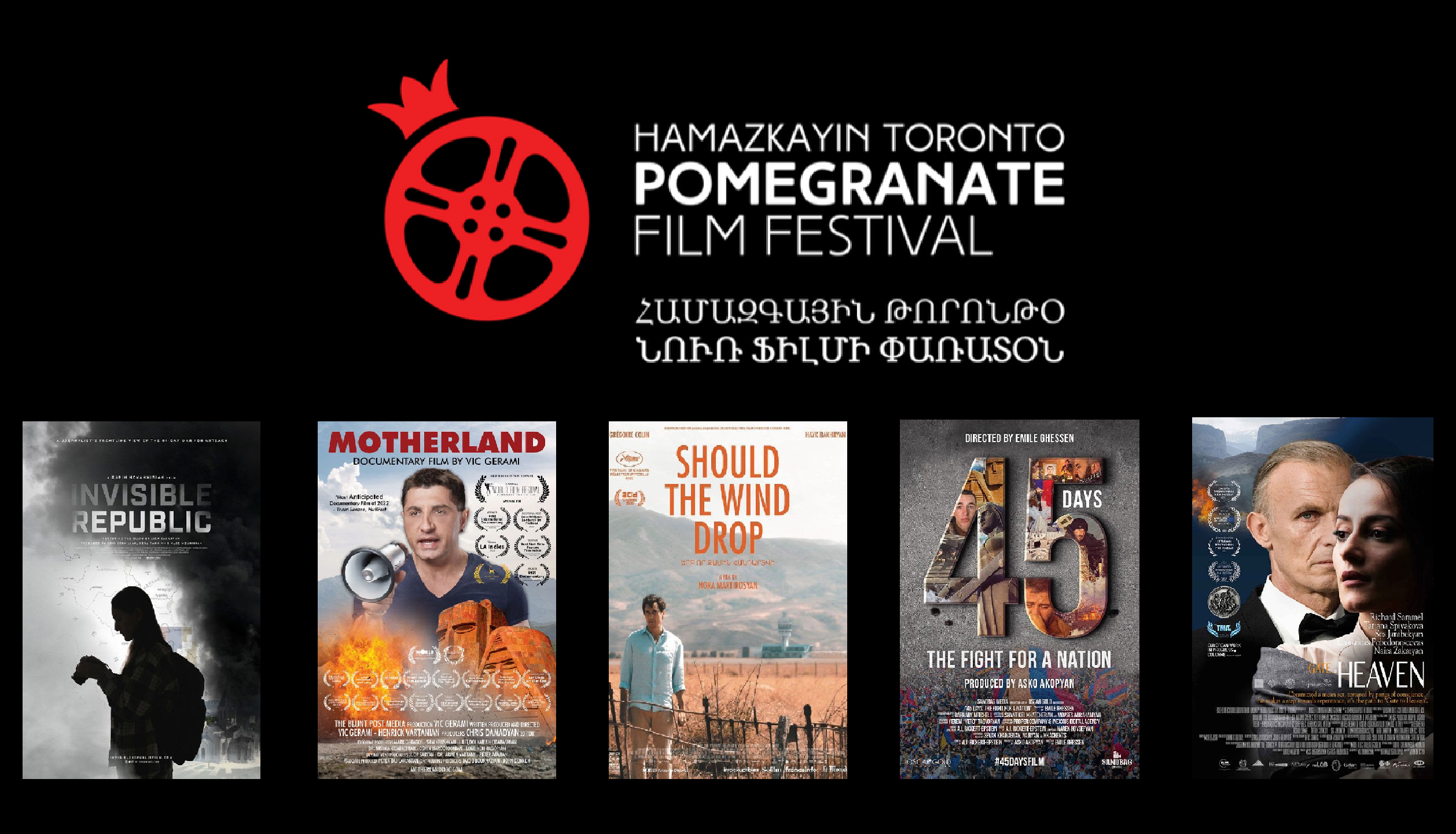 The Hamazkayin Toronto Pomegranate Film Festival (POM) recently announced a part of its 2022 lineup, including several films about Artsakh. In a statement released earlier this week, organizers also announced that they will donate all festival proceeds to humanitarian relief efforts in Artsakh.

“Over 30 years ago, the people of Artsakh voted for independence. Any type of arrangement where Artsakh becomes part of Azerbaijan is an invitation for ethnic cleansing and genocide. This year more than ever, Hamazkayin’s Pomegranate Film Festival will be showcasing films about Artsakh,” organizers said.

POM’s 2022 lineup includes the Canadian premieres of Garin Hovannisian’s “Invisible Republic” and Vic Gerami’s “Motherland” and screenings of Nora Martirosyan’s “Should the Wind Drop,” Emile Ghessen’s “45 Days,” and Jivan Avetisyan’s “Gate to Heaven.” According to the festival’s official website, other films to be screened include Michael A. Goorjian’s “Amerikatsi” (read Torontohye’s review of “Amerikatsi” in Armenian), Tamar Chahinian’s “Blessing of the Mountain” (read Torontohye’s coverage of the “Blessing of the Mountain”‘s Cambridge screening), and Tigran Nersisian’s “Back to Ashtarak.”

“We encourage all attendees to bring a friend outside of the community to at least one of the films… to raise awareness about Artsakh,” reads a part of the statement. All the films will be screened at the Toronto Hamazkayin Theatre (50 Hallcrown Place).