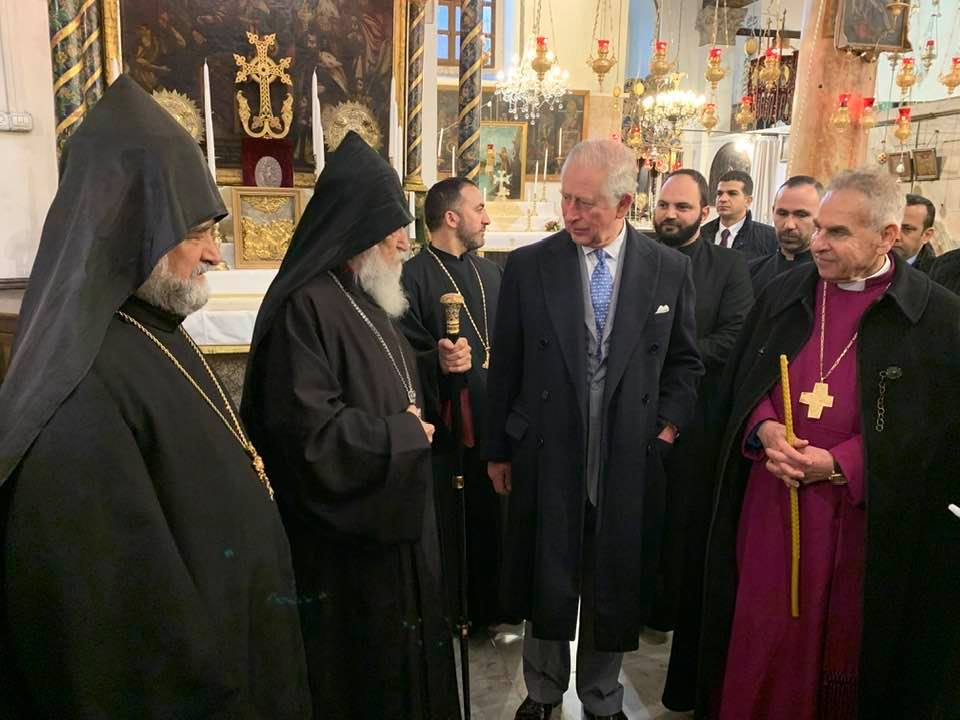 On the occasion of the visit, on behalf of the Armenian Patriarchate of Jerusalem, the Archbishop presented Armenian faience as a gift to Prince Charles.

The interlocutors spoke about the Armenian presence and mission in the Holy Land.

At the end of his speech, the Archbishop recalled Hitler’s famous worlds:  “Who after all now remembers the annihilation of the Armenians?” and voiced hope that justice would be respected.