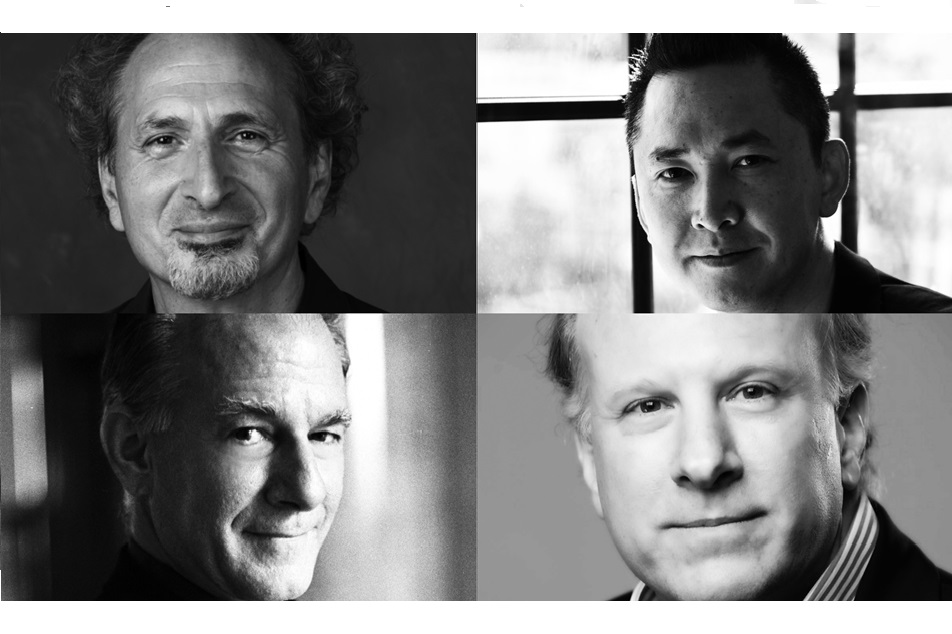 LOS ANGELES, (A.W.) —Poet Peter Balakian and novelist Viet Thanh Nguyen will grapple with the shifting place of humanities in a postmodern and possibly “post-book” world. Their conversation, whioch will take place on Sept. 23, is a signature event at Innovate Armenia 2017—a day of discovery, insightful dialogue, music, food, wine, and chess sponsored by the University of Southern California’s (USC) Institute of Armenian Studies.

Balakian, a professor of humanities at Colgate University, won the 2016 Pulitzer Prize in Poetry for his volume, Ozone Journal. The title poem—organized in 54 short sections—drifts from memories of excavating the bones of Armenian genocide victims in the Syrian desert to a montage of other memories—the dissolution of a marriage, life as a single parent in Manhattan, and encounters with a cousin dying of AIDS.

Nguyen, a professor of English and American and ethnic studies at USC, won the 2016 Pulitzer Prize in Fiction for his debut novel, The Sympathizer. Set in 1975 at the fall of Saigon, the narrative takes the reader inside the mind of a South Vietnamese army officer secretly spying for the Viet Cong—an honorable man torn between his political convictions and personal loyalties.  Nguyen is also the author of The Refugees where he gives voice to lives led between two worlds, the adopted homeland and the country of birth. “Viet’s fiction, beautifully written and sharp, is about refugees. All of them. About their (or, our) aspirations, desires, memories, guilt and a search for self-fulfillment of some kind,” said Ghazarian.

Now in its third year, Innovate Armenia explores what it means to be Armenian in the 21st century and celebrates the accomplishments of all innovators. The day’s events include back-to-back speakers in Bovard Auditorium, including a conversation with Washington Post columnist David Ignatius and his brother, Harvard Business Review editor-in-chief Adi Ignatius; and a presentation by Hovig Etyemezian, chief of the Mosul operation of the UN High Commissioner for Refugees.

David Ignatius and Adi Ignatius will unpack the concept of “global Armenian identity” at Innovate Armenia 2017. Professor Don Miller of the USC Center for Religion and Civic Culture will moderate the session, which takes place on the festival mainstage in USC’s Bovard Auditorium.

What does it mean to be Armenian in America? Is it possible to thrive with both identities, or must Armenian-Americans choose? The Ignatius brothers tackle these and other thorny issues in lively conversation at USC.

To some extent, the Ignatius brothers embody the topic they will dissect.

“I grew up with this black number—1915—as the only organizing fact of my Armenian identity,” said David Ignatius in a video interview recorded last May in Yerevan.

Younger brother Adi Ignatius described himself as “half-Armenian” in a 2009 interview. Their mother is a descendent of Puritan minister Cotton Mather.

Their father is former Secretary of the Navy Paul Robert Ignatius, the highest-ranking Armenian-American military official in U.S. history. In April, a Navy destroyer was named after the 97-year-old World War II veteran, who held various pentagon positions in the Kennedy and Johnson administrations. (The original Armenian family name was Ignatosian.)

David Ignatius detects a sea-change in current attitudes toward hybrid identity. “I think it’s much easier now to have that hyphen,” he told Salpi Ghazarian, director of USC’s Institute of Armenian Studies and organizer of Innovate Armenia. “It once was a binary choice. People felt you had to jump into the melting pot and get melted.”

Fear of being accused of divided loyalty fueled that dynamic, he noted. “During the Cold War, Armenian Americans worried that if they celebrated Armenia, they were celebrating a Soviet republic—not their ethnic identity. That period, happily, is over.”

Viet Thanh Nguyen was born in Vietnam and grew up in America. The Sympathizer is his first novel. The Refugees is his second. His short stories have appeared in Best New American Voices, TriQuarterly, Narrative and the Chicago Tribune. His scholarly books include Race and Resistance(2002) and Nothing Ever Dies: Vietnam and the Memory of War (2016).

Peter Balakian is the author of seven books of poems. His prose works include a memoir, Black Dog of Fate (1997); a history of the American response to the Armenian genocide, The Burning Tigris (2003); and Vise and Shadow (2015), a collection of essays on poetry, culture and art.

David Ignatius has been covering the Middle East and the CIA for more than 25 years. An associate editor and columnist for The Washington Post, he also co-hosts PostGlobal, an online discussion of international issues at Washingtonpost.com, with Fareed Zakaria. His twice-weekly column on global politics, economics and international affairs is syndicated worldwide. A graduate of Harvard College, he studied economics at King’s College, Cambridge before joining the Washington Monthly as an editor. He later moved to the Wall Street Journal as a political reporter and Middle East correspondent. In 1986, he went to work for the Washington Post as editor of the “Outlook” section and oversaw the paper’s Pulitzer Prize-winning coverage of the Iraqi invasion of Kuwait. Ignatius is also a writer of suspense/espionage fiction. He has written nine novels, including Body of Lies, adapted to film by director Ridley Scott. His first book, Agents of Innocence, was described on the CIA website as “a novel but not fiction.” He is currently collaborating with composer Mohammed Fairouz on “The New Prince,” a political opera based on the teachings of Niccolo Machiavelli.

Adi Ignatius is editor-in-chief of the Harvard Business Review. He joined the magazine in 2009. Previously, he was deputy managing editor at TIME, responsible for special editions such as the Person of the Year series. He wrote the 2007 Person of the Year profile of Russian leader Vladimir Putin. During his 12 years with TIME, he covered business and international issues and served as editor of TIME Asia, based in Hong Kong. In 2008, he edited the New York Times bestseller, President Obama: The Path to the White House. Fluent in Russian and Chinese, Ignatius spent many years at the Wall Street Journal, serving as the newspaper’s bureau chief in Beijing, where his work was nominated for a Pulitzer Prize, and later in Moscow. He earned a bachelor’s degree in history from Haverford College.

Established in 2005, the USC Institute of Armenian Studies supports multidisciplinary scholarship to re-define, explore and study the complex issues that make up the contemporary Armenian experience—from post-genocide to the developing Republic of Armenia to the evolving Armenian Diaspora. The institute encourages research, publications and public service, and promotes links among the global academic and Armenian communities.