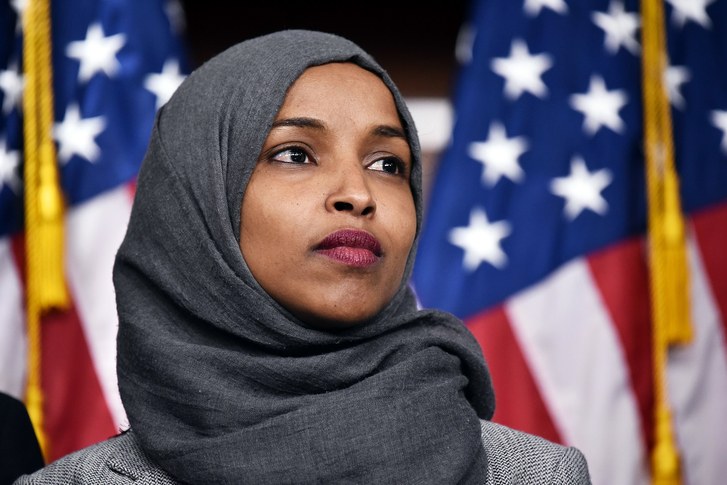 (Daily Mail, Armradio)- Minnesota Rep. Ilhan Omar was one of just two Democrats to vote ‘present’ on a resolution recognizing the Armenian genocide at the hands of the Ottoman Turks a century ago.

Omar, who in the past has said the U.S. was ‘founded on genocide,’ voted present on a measure that passed the House Tuesday by a vote of 405 to 11. Democratic leadership called up the bill following Turkey’s invasion of Syria.

The Democratic-controlled House voted 405-11 in favor of the resolution, which asserts that it is U.S. policy to commemorate as genocide the killing of 1.5 million Armenians by the Ottoman Empire from 1915 to 1923.

After casting her vote, Omar said in a statement: “I also believe accountability for human rights violations—especially ethnic cleansing and genocide—is paramount. But accountability and recognition of genocide should not be used as cudgel in a political fight.”

Then she brought up the slave trade, the mass killing of Native Americans during colonization, and other atrocities.

“It should be done based on academic consensus outside the push and pull of geopolitics,” she continued. “A true acknowledgement of historical crimes against humanity must include both the heinous genocides of the 20th century, along with earlier mass slaughters like the transatlantic slave trade and Native American genocide, which took the lives of hundreds of millions of indigenous people in this country. For this reason, I voted ‘present’ on final passage of H.Res. 296, the resolution Affirming the United States record on the Armenian Genocide.”