Serj Tankian: Armenia is a country of endless discoveries 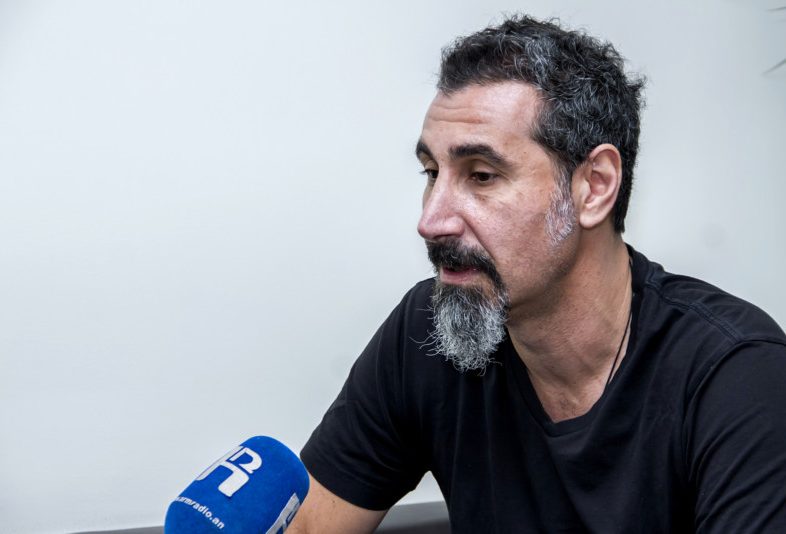 System Of A Down frontman Serj Tankian says Armenia is a country of endless discoveries. Nothing in Armenia leaves him indifferent.

Serj Tankian is one of the world’s most famous Armenians struggling for the international recognition of the Genocide, and the history of the family and the personal tragedy of the great grandfather lie in the basis of his efforts.

“My grand grandfather was a genocide survivor and the story of his life and struggle is very important to us. His personal story taught to be a patriot from an early age,” Tankian said in an exclusive interview with Public Radio of Armenia.

Armenia is an indivisible part of Tankian’s life. He closely follows the developments in the Motherland and was an active participant of the velvet revolution.

Asked what we would not like to see in Armenia, the musician said “corruption and injustice was hindering everything” and hopes the situation will change in a new reality.

Serj Tankian would also like to see a change in the attitude towards the Diaspora. “After the beautiful velvet revolution in Armenia we need a similar revolution in the outlook in the Diaspora to match the latter’s vision with that of the reality of new Armenia,” he said.

Tankian believes it will now be easier for the Diaspora to invest in Armenia’s economy and politics under the new government. He says the Diaspora is inspired by the changes and should be more active in contributing the development of the Motherland.

The musician has already had a meeting with the Minister of Culture Lilit Makunts and discussed several projects.