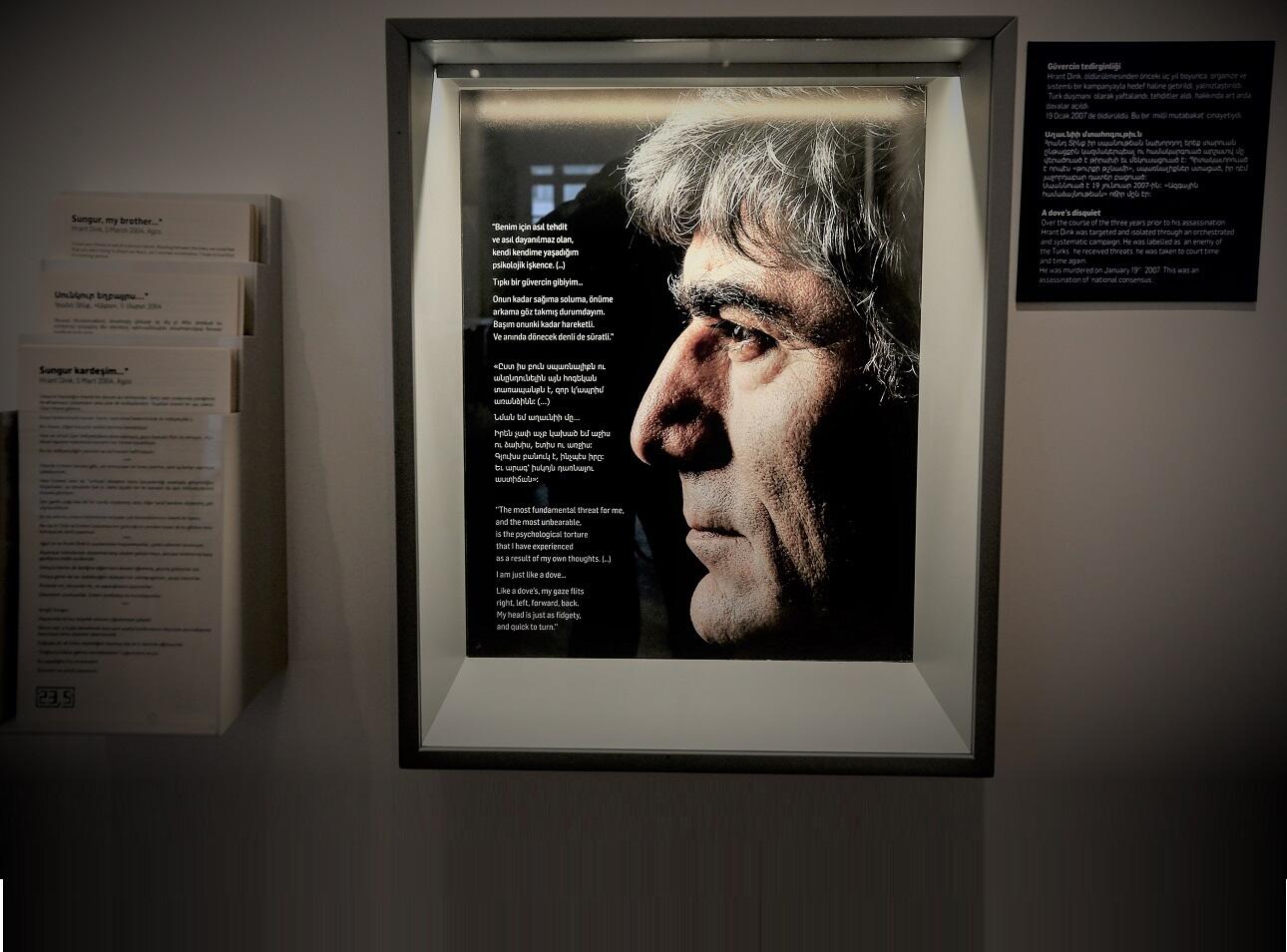 (Armdario, Hurriyet Daily)- Thirteen years since his assassination on the steps of an Istanbul-based newspaper he once ran, Turkish-Armenian journalist Hrant Dink’s office has at long last been reopened to the public as a memorial, the Hurriyet Daily News reports.

Founder and editor of the Turkish-Armenian weekly Agos, Dink was gunned down in broad daylight in front of his Istanbul office in 2007 on Jan. 19.

The final result of Dink’s murder case has long been awaited, with his family and friends continuing on the quest for justice. A total of 76 suspects are on trial as part of the case.

Every year on Jan. 19, thousands gather in front of the building, where Dink was killed to commemorate the slain journalist.

Due to the “symbolic significance of the site and its place in the collective memory,” the Hrant Dink Foundation — founded after his assassination — turned the building into the 23.5 Hrant Dink Site of Memory, named after an article penned by Dink in Agos on April 23, 1996.

Agos continues to circulate in Turkey in both languages, albeit from a different location where it moved in 2015.

“We gave this name [to the site] inspired by Hrant’s article, in which he talked about April 23 and 24 and said: ‘I wish we could combine these two days and promise a future encouraging hope at the end of these two days’,” Sibel Asna, a board member at Hrant Dink Foundation, said.

“April 23 is a holiday for sovereignty and April 24 is a tragedy for us all,” Asna said, adding: “The site was opened between these two days, and is called 23.5, which promises hope and kindness.”

Hrant Dink was repeatedly prosecuted for “denigrating Turkish-ness” over articles he wrote about Armenian identity and mass deportations of Armenians in 1915.

A plaque that reads: “Hrant Dink was murdered here, January 19, 2007, at 15:05” was embedded in the sidewalk in front of the building where Dink was killed, serving as a stark reminder for visitors and passers-by alike in Istanbul’s teeming Sisli district.