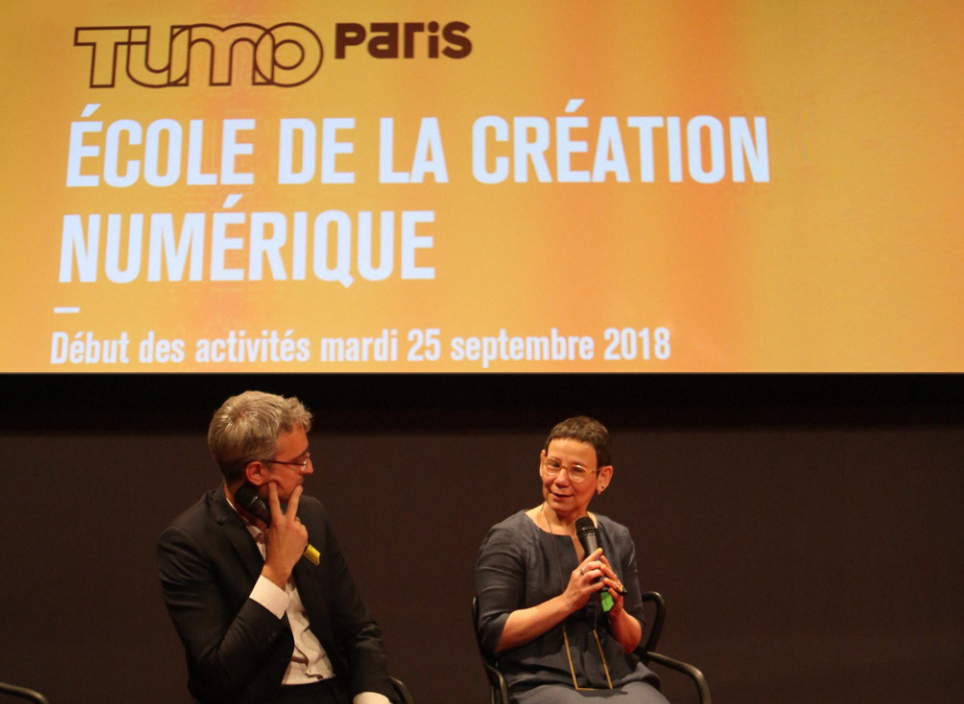 The official presentation of TUMO Paris took place today in the City of Lights with the participation of Paris Mayor Anne Hidalgo and TUMO CEO Marie Lou Papazian. The center will open its doors on the 25th of September at the Forum des Images in the central Parisian district of Les Halles.

Paris is the first international location of the TUMO Center for Creative Technologies. It will provide free of charge education to around 1,500 Parisian teenagers. They will be able to study filmmaking, computer programming, animation, graphic design, game development, 3D modeling, drawing and music. TUMO Paris is located adjacent to France’s largest metro and railway station and, in the words of Mayor Hidalgo, will become “a communication hub for young people where they can not only acquire new skills but also realize their most creative ideas and embark on digital adventures.”

The initiative to create the new center was born when Anne Hidalgo met Marie Lou Papazian during the Mayor’s visit to Yerevan in 2016, and they agreed to open a TUMO in Paris. After fine working out the details during numerous working meetings, adapting the TUMO software and content to French, and designing the center’s new facilities, the Paris center was finally ready. On the 3rd of July, part of the newly recruited staff of TUMO Paris will come to Yerevan for intensive training at the TUMO headquarters.

“The opening TUMO Paris is very important for us,” says Marie Lou Papazian. “It marks the start of our international expansion, which will allow us to spread TUMO’s new kind of education to the global community, while securing the financial and human resources we need to support the spread of over 25 TUMO centers throughout Armenia.”

Canadian citizens to be allowed visa-free travel to Armenia